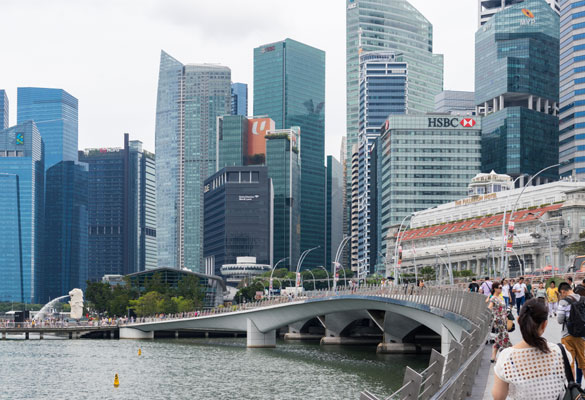 Banks in Singapore recently announced that they will take up new measures like removing the clickable links in email and text messages sent to the retail customers to tackle phishing scams, according to media reports. The Monetary Authority of Singapore (MAS) and the Association of Banks in Singapore (ABS) mentioned that this move along with others will be put in place within the next two weeks.

Earlier this week, OCBC bank revealed that nearly 470 customers lost at least $8.5 million in December after scammers posed as the lender and sent SMS’s with links to phishing sites to victims. DSB Bank warned its customers about a similar scam in which an SMS claiming to be from the bank told victims’ that their account had been suspended and asked them to click on a link.

On its website, DBS said that those targeted will receive a fraudulent SMS claiming their account has been suspended and victims will later be directed to verify their details by logging into a phishing website. The SMS is sent from a generic account, with SenderIDs such as INFO, INFOSMS, Notice and others. People who will click on the link will then be redirected to phishing sites asking for their username, password and one-time PIN.

DBS released a statement, saying, “These phishing sites make use of various web addresses such as dbs-login6.com, online.webdbslistonline.com etc. The scammer will exploit the stolen banking credentials to take over the victim’s Internet Banking account. Customers are advised to be mindful of such scams.”

Additionally, OCBC Bank started making goodwill payouts to victims but the industry is now taking more proactive measures. Apart from removing links, banks will set a threshold for funds transfer transaction notifications to customers to be set by default at $100 or lower. There will also be a delay of at least 12 hours before a soft token on the mobile device is activated. A notification will also be sent to existing mobile numbers or emails registered with the bank whenever there is a request to change a number or address.