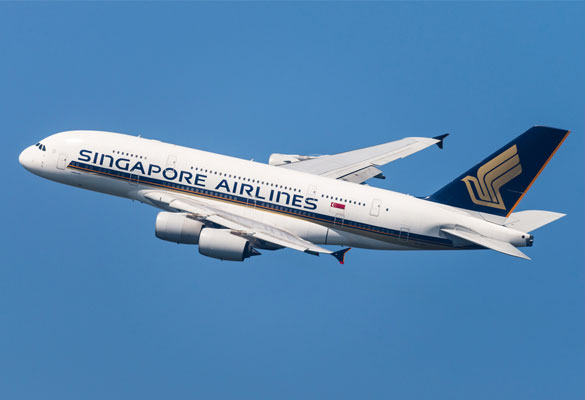 Singapore Airlines recently announced its plans to scale up its flight operations to and from Australia from November 1, as New South Wales prepares to reopen its international borders, according to media reports. The airlines also announced the reintroduction of A380s into service on select flights between Singapore and London from mid-November.

As global restrictions on travel relax, the airlines also announced that it will reinstate all 17 weekly flights between Singapore and Sydney for fully vaccinated Australian residents and citizens. This makes Singapore one of the first foreign airlines to announce a large-scale return to Australia since the country’s prime minister announced last month that the international borders would reopen to citizens and residents.

Individuals who are fully vaccinated can now travel and book flights between Singapore-Sydney and Sydney-Singapore, with eligible passengers urged to book those flights tagged as ‘For Eligible Passengers Only’. The criteria for eligibility is if they are Australian residents or citizens, have been fully vaccinated with an Australian TGA-approved Covid-19 vaccine and be able to provide proof of vaccination that meets the Australian government’s authenticity and verification requirements.

Louis Arul, Singapore Airlines vice-president, Southwest Pacific, welcomed the decision. He told the media, “We look forward to receiving clarification from the Commonwealth and NSW governments on these key issues and remain committed to working closely with all levels of government to operationalise the plans to support the safe and sustainable reopening of Australia’s borders.”

The airlines also mentioned that it continues to seek guidance from the relevant authorities on behalf of the unvaccinated passengers that currently hold existing bookings into Sydney from November 1st. The airlines assured its assistance with rebooking once they get clarity on capped flight operations.

ADNOC expands in 19 countries and establishes its presence in Africa