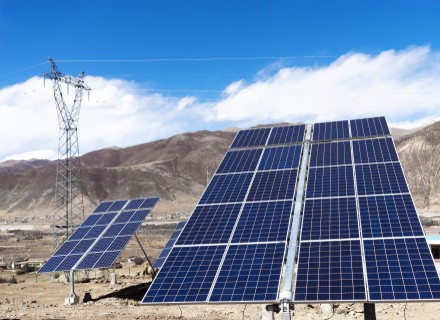 Dutch oil major Shell has established its first utility-scale, photovoltaic (PV) solar project in the Middle East. The company has rolled out the 25-megawatt Qabas solar plant in the Sultanate of Oman. Furthermore, the solar plant is located in Northern part of the Sultanate’s Sohar Freezone covering a 50-hectare site.

The site is filled with 88,000 solar modules and the energy is supplied to a large ferrochrome production unit. The solar project is completed in accordance with the government’s deadline while following the company’s goal of zero safety standards. The project was successfully completed amid the downturn caused by the pandemic.

Walid Hadi, Oman Shell’s VP & Country Chairman commented, told the media, “This is an incredible project and the first of its kind for Shell in the Middle East and in Oman, while being in line with our ambition to become a net-zero emission energy business by2050 or sooner. I thank the Omani government, particularly the Sohar Port and Freezone, for their collaboration and support on a project with potential for long-lasting economic value for the Sultanate.”

Dr Ali bin Masoud Al Sunaidi, Chairman of The Public Authority for Special Economic Zones and Free Zones (OPAZ) said that he is thankful towards Shell and SOHAR Free Zone for launching the solar project in Sohar. The development is vital for the Sultanate’s Vision 2040 and national economic ambition. The development is the first step for the Public Authority of Special Economic Zones and Free Zones’ plan for solar projects equating to 1 gigawatt in Sohar.