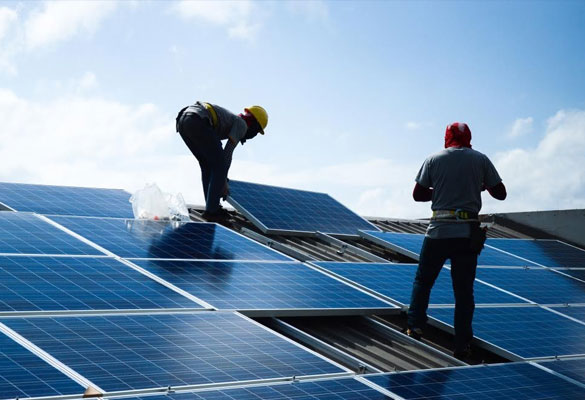 The solar power plant has the capacity of 1.5 gigawatts(GW) as Saudi Aramco joins ACWA Power and the Water & Electricity Holding by acquiring a 30 percent stake in the special purpose vehicle Sudair One Renewable Energy. ACWA Power and PIF will each hold a 35% stake.

The Sudair power plant is estimated at around $907 million and it is the first project under PIF’s renewable energy program that will help move forward Saudi Arabia’s energy transition and contribute 70 percent of the country’s renewable energy under the National Renewable Energy Program.

Mohammed Al Qahtani, senior vice president of downstream at Aramco released a statement, saying, “While hydrocarbons will continue to be a vital part of the energy mix for decades to come, renewables like solar have an important role to play in helping achieve the world’s climate goals. Sudair will support Saudi Arabia’s ambition to generate part of the nation’s power needs from renewable energy by 2030, and is one of several low-carbon energy options being deployed by Aramco.”

This Sudair solar project will become one of the largest single contract solar photovoltaic in the world and the largest of its kind in Saudi Arabia. The Saudi Power procurement company signed a 25-year power purchase agreement for the plant along with the tariff being among the lowest for solar PV projects globally.

Microsoft to use Ethereum blockchain to combat piracy

Cambodia gears up to produce its first oil with KrisEnergy