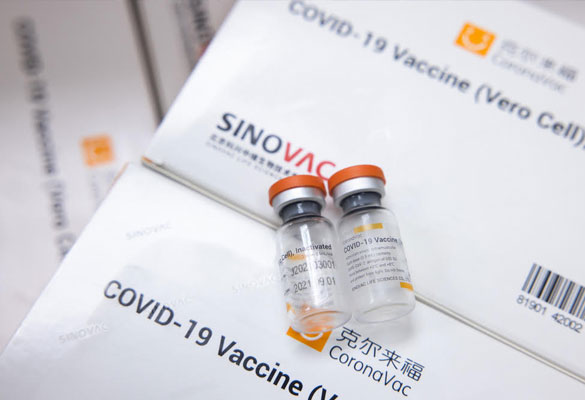 The Ministry of Health announced the use of the Sinovac and Sinopharm vaccine to win the battle against Covid-19, according to media reports. At present, the country has four different types of Covid-19 vaccines available; Oxford-AstraZeneca, Pfizer-BioNTech, Johnson & Johnson, and Moderna.

The Ministry of Health also announced that individuals who have been previously fully vaccinated with Sinovac and Sinopharm will be allowed to enter the Kingdom, provided that they have also received the booster shot of a vaccine that has been approved in their country.

Previously, it was announced that two different doses of the Covid-19 vaccine can be taken, after an extensive study conducted by international scientific studies. The results showed that it is safe to take two different doses of the available Covid-19 vaccine without any kind of negative impact. The study also mentioned that it is recommended to take the second dose at least three weeks after the first one.

Individuals who have recovered from Covid-19 are also encouraged to take the vaccine, with the first dose at least 10 days after the infection and the second one being three weeks later. Last week, the health ministry reported 353 new cases and the overall tally reaching 542,707.

The Ministry also announced that currently there are 4,377 active cases with 1,108 being critical ones. Out of the 353 new cases, 72 were in Riyadh, 66 were in Makkah, 41 were in the Eastern Province, and 26 were in Madinah. The Kingdom saw 7 deaths related to Covid-19, bringing the total fatalities to 8,497.

The health ministry added that 456 patients had recovered, bringing the total recovery number to 529,833. As of now, Saudi Arabia has conducted more than 27 million PCR tests. In the last 24 hours, 68,962 were done.