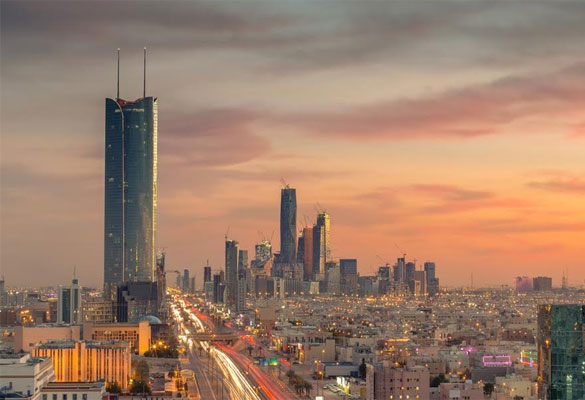 Saudi Arabia’s economy is expected to grow seven percent, year-on-year in 2022 as the oil sector is poised to return to its pre-pandemic levels along with the heightened performance of non-oil sectors, according to media reports.

The growth observed this year is likely to continue till next year too. The International Monetary Fund (IMF), mentioned that the Kingdom is projected to grow 2.4 percent this year and 4.8 percent in 2022.

Reports also mentioned that within the oil sector, the growth will be primarily driven by Brent Crude, and will stay in line with the projected yearly rise of global oil demands.

40 percent of OPEC+ oil capacity is in Saudi Arabia, therefore any uplift in demand will likely be met with the higher supply coming from the Kingdom itself. Talking about the non-oil sectors, even though a moderate growth was observed, experts have mentioned that it will be driven forward by the continued implementation of the Vision 2030.

The finance ministry also published a report saying that the Kingdom’s oil sector revenue grew 60 percent year-on year in the third quarter of 2021, to SR148 billion, but the non-oil revenues contracted by 22 percent, standing at SR95.4 billion during the same time period.

The Kingdom’s economy will be further supported by a significant outlay in government expenditure and is still set to total just under SR1 trillion. The ministry mentioned that they expect the Kingdom’s non-oil private sector to grow by 3.2 percent in full year 2022.

HSBC to roll out BaaS platform