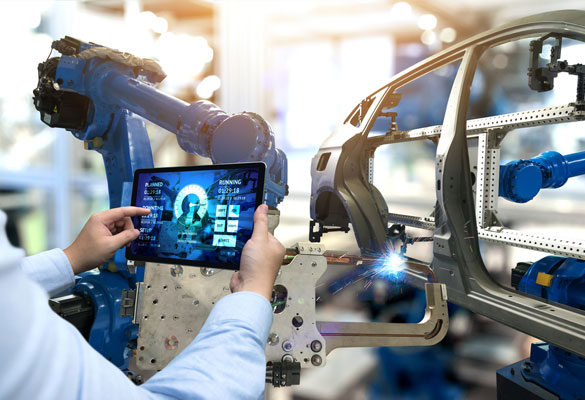 Saudi Arabia is expecting to generate $266 billion by ushering in the fourth industrial revolution, according to media reports. The Kingdom is hosting some of the most prestigious institutions in the World Economic Forum (WEF) in an effort to reshape the application and development of emerging technologies to better shape the future of our world.

The Saudi branch of the Center for the Fourth Industrial Revolution (C4IR) will start as a result of an agreement reached late last year between the Kingdom and the Swiss-based non-profit organization.

The agreement is also said to bring forward a new age of cooperation between the WEF and the King Abdulaziz City for Science and Technology (KACST). It will be supported by the Saudi Center for International Strategic Partnerships (SCISP). The event will take place in Riyadh and it was previously announced that a conference on “the Middle East in the Fourth Industrial Revolution” will also happen.

The announcement on the website reads, “Saudi Arabia’s G20 presidency in 2020, the first time an Arab and Middle East country has such a mandate, presents a unique opportunity for the entire region to take a global view of its future.”

Minister of Communications and Information Technology Abdullah Alsawaha made the opening statement saying that the two-day conference will take place at King Abdullah City for Science and Technology, and the Kingdom is building the most technologically advanced infrastructure in the new NEOM giga-project and it will become a global technology centre.

Alsawaha also mentioned that the effect of the fourth industrial revolution is going to be massive, especially on the non-oil gross domestic product sector which is expected to increase by more than 4 percent from 2017 to 2030.