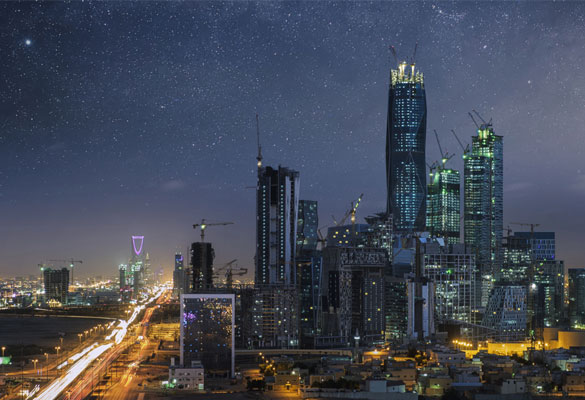 Saudi Arabia has unveiled its ambitious plans for Expo 2030 as five nations, including Russia, prepare their pitches to host the global event, according to media reports. Inspired by the success of Dubai Expo 2020, Riyadh hopes to bring it back to the Middle East in a decade’s time.

2030 is also going to mark the culmination of its programme to diversify the economy away from oil. The bid letter as a host nation to participate in the Expo 2030 was sent to the Bureau International des Expositions, the World Expo’s organising body. This also comes during the same time as the Kingdom attempts to raise the country’s profile internationally.

To explain its plans and reasons as to why the participating nations are fit to host Expo 2030, each country was given 20 minutes during an online general assembly at the Bureau International des Expositions, the organisation that leads the world’s fair.

The world leaders highlighted their ambitious plans and the rich history of cities they represented from the Italian capital Rome, Russia’s largest city Moscow and the Saudi capital Riyadh, to Ukraine’s port city Odessa and South Korea’s coastal city Busan. South Korean President Moon Jae-in mentioned that his country was committed to working to transform the lives of all people by retelling the story of how it turned a developing country into an industrial one.

Fahd bin Saleh Al Rasheed, chief executive of the Royal Commission for Riyadh City mentioned building one of the world’s largest public transport networks, a massive King Salman Park that will be four times the size of New York’s Central Park. He also mentioned that 15 million trees would be planted and will turn the space into the city’s art project. He also mentioned that these initiatives won’t cause any harm to the environment as Saudi Arabia is also planning to cut down on carbon emissions by half in less than a decade’s time.

He told the media, “The transformation is not occurring only in Riyadh, it is sweeping the country. Riyadh will be more than ready to host the World Expo. It will be a perfect manifestation of what the World Expo aims to achieve to bring together the world’s best minds, ideas and solutions. As a first time competitor, Saudi Arabia’s candidature represents an important and symbolic challenge for our nation and one that we will embrace with full commitment.”