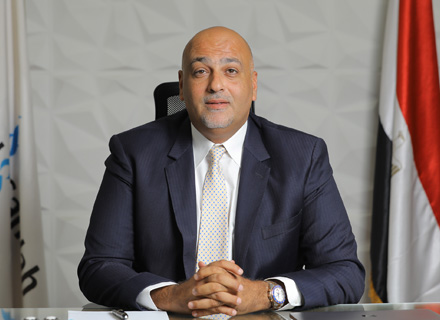 In recent years, the Egyptian government has invested a lot of effort to encourage microfinancing in the country, drive financial inclusion and support low-income groups. And so, microfinance is effectively shaping up as a popular form of lending with the continuous support of the Central Bank of Egypt, the Financial Regulatory Authority and the Micro, Small and Medium Enterprises Development Agency.

By numbers, microfinance beneficiaries reached 3.237 million last year, with a 2.8 percent growth seen in December 2018. Last year also saw the number of microfinance recipients increase by 11.8 percent and microfinance companies rank second with 1.134 million customers. For that reason, it was observed that microfinance can become a potential driving force in poverty reduction and socioeconomic development—which then led to the establishment of Sandah.

Bassel Rahmy, CEO and managing director of Sandah, told Global Business Outlook, “Microfinance is a key instrument in the development plan of Egypt’s economy. With the support of the Egyptian government, the microfinance market expanded by 60 percent year-on-year between 2018 and 2019 to reach approximately EGP 19 billion disbursements by the end of 2019.”

Sandah is committed to serve underexplored financial markets
Sandah is vital to Egypt’s lending landscape. The reason is because microfinance is a core entry point for the company which works in line with Egypt’s vision 2030 to achieve financial inclusion and sustainable development. It was in fact the first company to be established with the backing of international investors since the Egyptian Financial Regulatory Authority’s introduction of the new framework governing microfinance. In terms of ownership, Arab African International Bank holds 70 percent while Sanad Fund owns the remaining 30 percent of the company, with KfW Development Bank and the European Union as some of its investors.

Sandah is also the first microfinance institution in the country to launch an online banking form on the website to facilitate the application process in light of the coronavirus pandemic—with a deep focus on low income segments, especially in Upper Egypt. As a subsidiary of Arab African International Bank, the company also reflects the bank’s commitment to tap into uncontested markets like microfinance. The company’s establishment is anticipated to help Egypt realise its vision and deliver on the market’s full potential. Rahmy said “We are transforming the microfinance industry by integrating advanced technologies to reach the various beneficiaries.”

Certainly, Sandah is transforming the microfinance industry by deploying advanced technology to reach the various beneficiaries. The company is in fact helping low-income households and making lending accessible to micro, small and medium enterprises in the Middle East and Africa. In this context, Rahmy said, “As a non-bank financial institution, Sandah plays a pivotal role in reaching the unbanked and contributing to alleviating poverty and providing employment opportunities, especially across Upper Egypt governorates.”

Why Upper Egypt is a big focus in microfinance
In the last six months, the company has demonstrated strong performance in the Egyptian market. Rahmy said “Through its expanding network of branches across the governorates of Upper Egypt and Delta, Sandah seeks to contribute to the ongoing private and public sector efforts to facilitate access to financial services for micro-entrepreneurs and very small business owners. During the 6 month between October 2019 and March 2020 before the global effect of Corona Sandah has achieved EGP 128-plush millions of micro lending portfolios serving 5139 new customers.”

In particular, Upper Egypt is struggling to gain proper access to financial instruments such as bank loans and insurance products to maintain households. The country having great scope for microfinance growth against this background necessitates sound financial institutions that can fuel microfinance penetration for micro, small and medium enterprises. Research over the years has shown that businesses have lacked sufficient access to financial tools despite their contribution to the Egyptian economy. The descriptive analysis of a research published by Cairo University highlighted that micro, small and medium enterprises are facing challenges on the back of banks becoming more risk averse toward them. This is where Sandah’s role is more pronounced under the greater vision of Arab African International Bank and Sanad Fund to support those enterprises in the long-term.

Because Sandah is a subsidiary of Arab African International Bank a joint venture between the bank and the Sanad Fund for MSME, it works in line with the vision of Arab African International Bank to offer micro loans to the upper and lower ends of the small and medium enterprises market—facilitating financial empowerment to the less fortunate and unbanked. It is clear that Sandah is directed toward micro, small and medium enterprises in the region—with a strong inclination to promote economic growth and job creation across sectors such agriculture, affordable housing and financial technology among others.

Home business loan financially strengthens the low-income segment
One example of Sandah’s efforts in uplifting the unabanked is through the “Home business loan which seeks to support the lower segment of micro lending who have smaller business operated at home for the financial capability constraints and which can grow to be a standalone business with Sandah Financing programme. This kind of product not only impacts the individuals’ lives but the society as a whole and Egypt’s economy,” Rahmy explained.
Currently, Sandah is serving more than 14,000 customers across Upper Egypt and the Delta region. “Affirming its commitment towards financial inclusion and supporting Egypt’s low-income segments, Sandah for Microfinance is expanding in Upper Egypt and Delta after launching the 10 flagship branches in Aswan and the 12 the network reaches to 12 branches in January 2020,” Rahmy explained. This is especially important to micro and small business owners in the governorates of Upper Egypt and Delta region as they contribute to employment opportunities and increase generation of income for people. Interestingly, the company has opened its 10th branch in Ashwan in just over a year. It is even believed that Sandah’s expansion in Upper Egypt is because the people are hard workers and bound together by trust.

Arab African International Bank and Sanad Fund’s shared vision
The Arab African International Bank envisions becoming a leading financial group in Egypt by providing innovative services with a strong regional presence and establishing itself as the gateway for international businesses to set up operations in the region. To that end, the bank’s efforts in supporting its subsidiaries including Sandah which aims to further expand its financial outreach for projects and enterprises across Egypt.

Rahmy explained the company’s relentless work in improving the life of Egyptians. “Since its first branch opening, Sandah has noticeably grown its track record and footprint. In July 2018, Sandah opened its first branch in Sohag and had successfully established a network of 12 operating branches by January 2020. Sandah is taking very big steps and confidently expanding in the Upper Egypt and Delta Governorates, currently serving more than 12000 customers.”
In Rahmy’s view, there are a few challenges faced while promoting microfinance for small businesses in Egypt. First: The understanding and awareness of microfinance facilities among target segments need to become more clear. Second: Businesses run by individuals with the right kind of knowledge is creating delinquency in microfinance customers. But “Sandah strives to support enterprises which really have a chance for growth but lack access to financial services and focuses on the business sectors which support the economy and are easy to be sustained by normal individuals like the local production services or trading,” he concluded.

How is Kenya’s real estate developing?