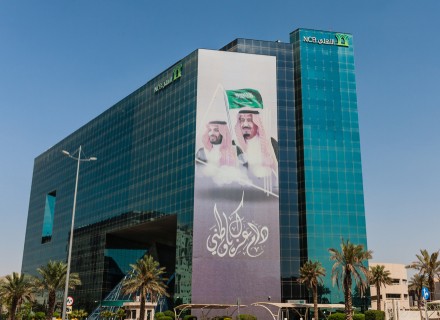 The development comes at a time when as the kingdom grapples with the covid-19 pandemic amid low oil prices and global economic downturn.

It is reported that the merger will create a regional powerhouse for the Middle East. The merger is a part of the Kingdom’s Vision 2030 strategy to diversify the economy, marking the second-largest bank merger in the past twelve months. Both banks are expected to control $223 billion in assets as part of the merger.

Ammar Abdullah Alkhudairy, chairman of Samba who will assume the same position at the new bank, told the media, “Our merger with NCB will create a local leader and a regional powerhouse that can unlock considerable value for shareholders, provide exceptional banking services for the people of Saudi Arabia and help local entrepreneurs capitalize on opportunities for domestic and international business growth.”

The new development expects to see other major partnerships and collaborations in the Kingdom’s financial sector as the Vision plan unfolds. The new deal will benefit the account holders and employees in terms of cost and efficiency. It is reported that the deal will not terminate any employee from eighter of the banks.

Furthermore, the new bank will be operational from next year, subject to regulatory and shareholder approvals.