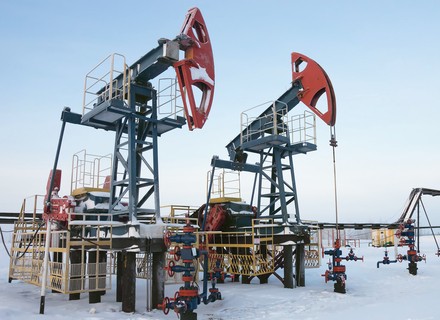 Rosneft, the top oil producer of Russia is mulling to attract foreign oil investors for its major Far North oil project. It is reported that the oil major is looking for capital from investors in exchange of oil supply contracts.

The oil project, which is called the Vostok Oil mega project is located in Siberia and has resources estimated at 44 billion barrels in the Vankor and Payakha clusters. The project, apart from the two clusters includes the East Taimyr cluster and the Zapadno-Irkinsky block. Furthermore, the clusters are located near to the Northern sea route and the company is looking to ship oil to Asia and Europe.

It is reported that Amsterdam-based company Trafigura has acquired 10 percent in Vostok oil. Th move will pave the path for the company to use premium crude oil resources from a big new onshore oil-producing region in Siberia’s Taymyr province. The deal will also allow Trafigura to offtake crude oil supply on a long-term basis.

Currently, Rosneft is in talks with major oil traders such as Glencore, Vitol and Gunvor for investments in the Vostok Oil project. It is reported that the company will offer traders stakes in Vostok Oil and future oil supply for immediate contracts.

The company was previously looking for investors in economies such as China, India and Japan. However, the developed was mire by the 2020 oil market downturn due to the pandemic.

The global oil market is scrambling for profit and rebound.