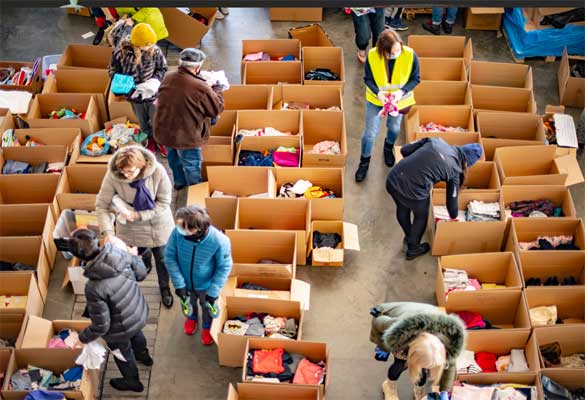 With the war in Ukraine enraging more than a month, the widespread ramifications of the longest and deadliest war in decades are being felt across the world.

Thousands have already died; millions have fled the war-torn country to trigger a migrant crisis. The world economy has suffered inflationary shocks. The Russian currency has depreciated by more than 20%. The price of crude oil has reached record highs. The price of gas of which Russia is a marquee producer has also shot up leaving European nations high and dry.

Next to oil, the supply of food especially wheat, oilseeds, soya, and corn has been of great concern with Russia and Ukraine being the breadbasket for the Middle East, North Africa, and parts of Europe as well.

The crisis if it prolongs may even trigger a famine in the already vulnerable parts of the world which is suffering from the worst droughts in decades.

While energy and food have been rightly talked about, there are other key resources too that will see a price hike due to the war and affect life globally.

Aluminium, which is a high utility mineral across the manufacturing industry, saw price shocks as soon as the war started. Russia is one of the biggest producers of the material and the war caused prices to shoot up to 2008 global financial crisis levels.

Other than aluminium, 30% of the high-grade nickel, which is essential for the manufacture of many electric vehicle batteries, comes from Russia, and a disruption in supply chains will not only cause prices to shoot up, but also slow down manufacturing processes.

Another less talked about material that is going to see a crisis is Neon. The inert element is used to make chips and Russia and Ukraine are the key producers of this rare element. Already, the world has seen a shortage in semiconductors due to the pandemic and this crisis will further aggravate the problem.

How Russia-Ukraine war saw use of open-source intelligence