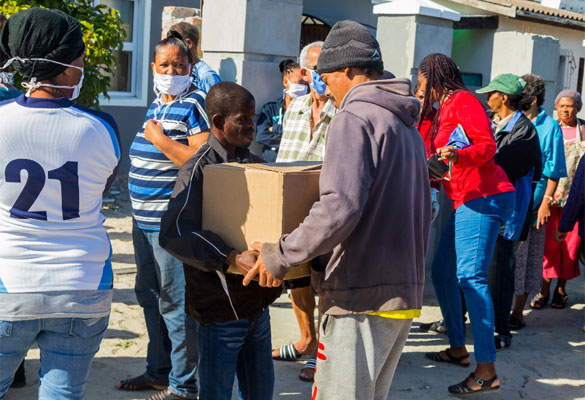 With the Russian-Ukrainian war going on miles away in the north, many parts of the Middle East and north Africa are likely to experience unprecedented levels of hunger and food inflation as a result of it.

This is because Russia and Ukraine serve as the bread-baskets for this historically arid and drought-prone region. Irrespective of the country’s geographical size in the region, they are heavily dependent on these two Slavic countries for their primary grains. Already the region is home to decades-old hunger hotspots and counties suffering successive drought years.

According to Swiss NGO CARE International, the region imports 50% of its wheat from Russia and Ukraine. Countries like Egypt, Lebanon, Syria, Yemen, Jordan, and Palestine, already battered by inflation or humanitarian crisis, are the worst affected. Richer oil-producing majors like Saudi Arabia and UAE are better equipped to deal with the crisis.

“Like everyone, average Egyptians are following the news of the war in Ukraine. People are worried about price increases and how the events will impact them and their families. It is like an aftershock for Egyptians who watch the daily scenes of violence in Ukraine,” Hazem Fahmy, CARE Egypt Director said in a release.

In neighbouring Lebanon, inherently economically fragile and further burdened with two million refugees have started bread rationing with 50% of its reserves damaged in the Beirut blast of August 2020. The country sources 66% of its wheat from Ukraine and 12% from Russia.

Worse, this crisis can also potentially trigger political instability in the region causing further humanitarian misery and migration to the world at large.

The Russian invasion of Ukraine, which is soon approaching its fourth week, has already triggered the mayhem in the financial and energy sectors across the world. Gas and oil prices had sharply risen to record levels. This in turn led to costlier energy bills across the globe with Europe being the most affected. Thirty percent of all gas and oil for the continent is sourced from Russia.