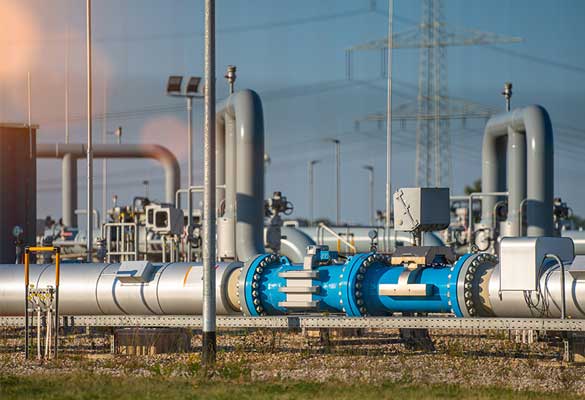 Russia’s state-owned gas enterprise Gazprom has drastically cut gas deliveries to Europe via the Nord Stream 1 Pipeline to about 20% of its capacity, German authorities said.

Nord Stream 1 accounts for around a third of all Russian gas exports to Europe.

Recently, the European Union urged its member states to reduce their gas usage by 15%.

Officials said a 15% cut in Europe’s gas consumption, along with a surge of global liquefied natural gas exports to Europe is unlikely to be enough to offset the shortages.

Kadri Simson, European Commissioner for Energy, told reporters that gas storage capacities in the EU are now filled to about 65% but that further reduction of Russian gas deliveries will make reaching the 80% target “very challenging.”

The EU and its Western partners have accused Russia of weaponizing gas supplies to Europe in retaliation against sanctions imposed over its ongoing military attack on Ukraine.

The bloc has put an embargo on Russian oil which will come into force at the end of the year and which should result in a 90% cut in imports. It has, however, steered clear of imposing sanctions on Russian gas.

Ukrainian President Volodymyr Zelensky said, “This is an open gas war that Russia is waging against a united Europe.”

German Finance Minister Christian Lindner said he was open to the use of nuclear power to avoid an electricity shortage.

Germany said it could extend the life of its three remaining nuclear plants that produce 6% of its power if Russia were to cut it off from its gas.

German industry groups, however, have warned that companies may have no choice but cut production to achieve bigger savings, pointing to slow approval for replacing natural gas with other, more polluting fuels.

Other measures member states can take include switching from gas to other energy sources, with a priority for renewables and cleaner fuels.

The Commission chief flagged that renewable energy capacity reached about 20 Gigawatts since the beginning of the year, which is “around about 4 bcm (of Russian gas) replaced by renewables by now.”

Germany is currently at Phase 2 of a three-stage emergency gas plan, with the final phase to kick in once rationing can no longer be avoided.

No inflation impact: How has Apple and Amazon performed?