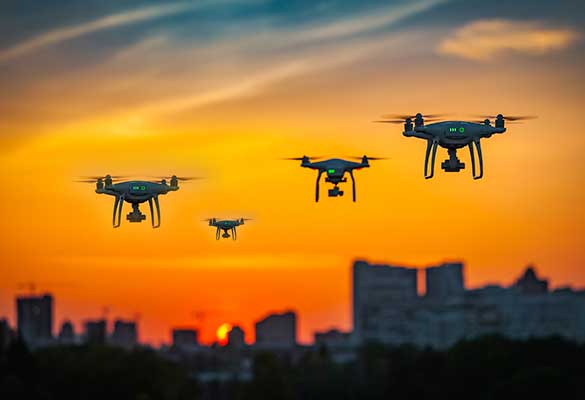 The Royal Mail wants a fleet of 500 drones to help deliver mail to rural areas across the United Kingdom. It anticipates that up to 200 drones will help carry the mail on 50 new routes over the next three years.

With this, the Isles of Scilly, Shetland Islands, Orkney Islands, and the Hebrides will be the first remote area to benefit from these services. The new services need approval from the Civil Aviation Authority (CAA).

According to the report, the new route will depend on the ongoing planned improvement in Unmanned Aerial Vehicle economics.

Royal Mail has been experimenting with drones for a while, with the most recent trial occurring in April on the Shetland Islands. The drones flew from Tingwall Airport in Lerwick to Unst, the UK’s most northerly inhabited island, a 41-mile journey each way. The technology is yet to be authorized by the Civil Aviation Authority (CAA) before launch.

Some companies attempt to deliver products to the door using autonomous drones that lower the packages from hovering vehicles. However, the Royal Mail’s drones will not be able to hover and will not be replacing postmen or women on their rounds. They will merely take off in a short space and land in a small area where postal service personnel can collect the mail.

According to Chris Paxton, head of drone experiments at Royal Mail, the drones were originally developed to carry help in Africa. He also said that drones are less likely to be affected by bad weather than conventional aircraft and are likely to produce 30% fewer emissions.

France to partially use Huawei equipment for its 5G rollout