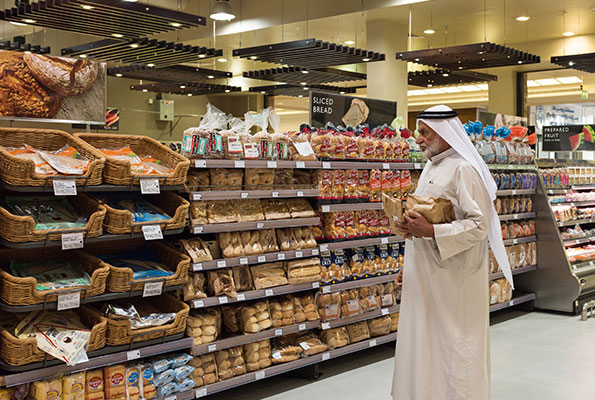 Retailers in the United Arab Emirates and Saudi Arabia have noticed an increase in turnover over the past few months. As a result, the cost of essential goods and other necessities has doubled, and retailers have been hesitant to run in-store promotions.

According to the most recent study from NielsenIQ, the value of sales generated in the fast-moving consumer goods (FMCG) market during the third quarter increased by 8.8% year over year (YoY) in the UAE and 6.5% in Saudi Arabia.

With inflation rising and consumers spending more on necessities, the US Federal Reserve has raised interest rates several times.

According to NielsenIQ, “Higher prices are fueling the growth of FMCG turnover in both the UAE and KSA.”

Around 77% of Emirati and Saudi consumers “have the feeling” that food prices are rising, according to the report. While “promotion intensity” has decreased, stores in the two markets have raised prices in 86 food categories alone, according to NielsenIQ.

However, when comparing sales volumes to those reported during the first quarter of 2022, the UAE market suffered a 1.5% loss, while Saudi Arabia had a 3.6% decline.

According to the research, consumers are spending more money at retail establishments due to increasing pricing but making fewer purchases.

“Price increases cause the two countries’ significant nominal value growth. According to Andrey Dvoychenkov, general manager of NielsenIQ’s Arabian Peninsula and Pakistan region, most consumers are willing to prioritize necessities and appear to be growingly concerned about inflation.

However, he continued, “They are still willing to pay more for goods that offer greater functionality and advantages.”

In general, consumer inflation in the UAE increased by 4.6% YoY in April of this year. Still, inflation in Saudi Arabia increased by 3.1% as of September, primarily due to rising prices for food, housing, and utilities.

Four disadvantages you should know before investing in cryptocurrency