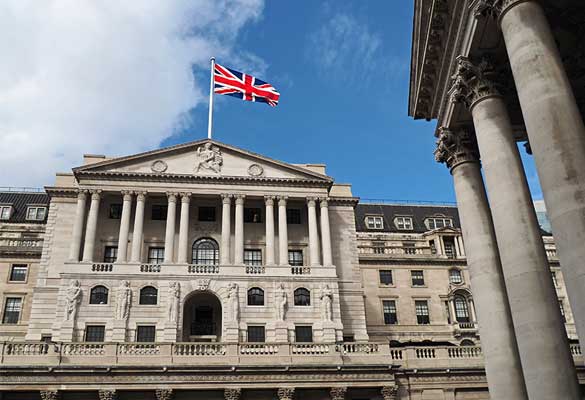 The Bank of England will soon publish its most recent interest rate decision, and it is largely anticipated that it will increase rates for the sixth consecutive time. Currently, interest rates are 1.25%, but the central bank has the option of raising them to 1.75%. If true, that would be the highest level since December 2008.

The Bank of England wants to slow the rate of price growth. It has issued a warning that inflation may surpass 11% this year.

The reason behind price and interest rate hike
Prices worldwide are rising significantly as COVID limitations are loosened and consumer spending increases.

Many businesses struggle to purchase enough inventory to sell. Prices have also increased as a result of too few available items and more consumers.

As a result of Russia’s invasion of Ukraine, oil, and gas prices have also increased dramatically.

Raising interest rates is one strategy for attempting to control inflation or rising prices.

Due to the rising cost of borrowing, more people are borrowing and spending less money. It also motivates people to increase their savings.

The Bank of England must strike a difficult balance because it does not want to impede the economy overly.

The UK has seen historically low-interest rates ever since the global financial crisis of 2008. They were only 0.1% in 2021.

How high could the interest rates go up?
Although additional hikes are anticipated later in the year, several analysts have predicted that UK interest rates will ascend this month.

The Bank of England will eventually need to raise rates to 3%, according to Capital Economics analysts, while some economists believe this won’t be necessary. According to Pantheon Macroeconomics, interest rates will reach their peak at 1.75%.

The Office for Budgetary Responsibility (OBR), the government’s independent economic adviser, examined the potential consequences of greater and more persistent inflation in the UK last year.

When consumers believe that price increases will continue, businesses may boost prices to maintain a profit, and employees may seek wage increases to stay up. UK interest rates might reach 3.5% if this occurs, according to the OBR.

How can interest rates affect the commoner?

Mortgage rates
According to the English Housing Survey, one of the most comprehensive resources accessible despite its geographic limitations, just under a third of families have mortgages.

Three-quarters of them have fixed mortgages, so they won’t be immediately impacted. The monthly payments for the remainder, or around two million people, will increase.

Those with a typical tracker mortgage will pay roughly £52 more per month if rates do rise to 1.75%. There will be a £59 increase for those with ordinary variable rate mortgages.

This hike comes after others that followed recent rate increases.

Credit cards and loans
The interest rates imposed on goods like credit cards, bank loans, and auto loans are also influenced by the Bank of England.

Even before this most recent increase, the average annual interest rate for bank overdrafts was 20.23% and for credit cards, it was 18.56% in June. Given the rise in interest rates, lenders can decide to raise these costs.

They gather eight times a year, or generally once every six weeks, to discuss the state of the economy.