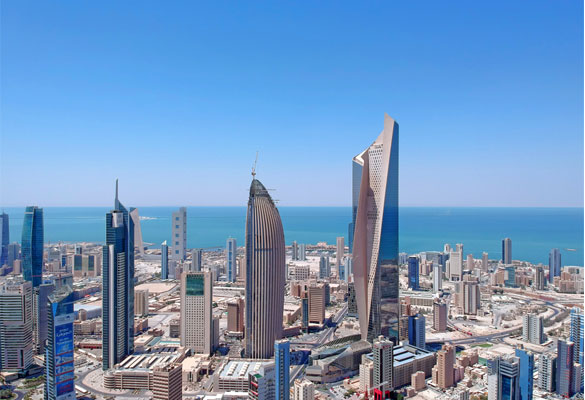 Real estate properties in Kuwait saw a climb in pricing in 2021, as investors focused on Kuwaitis’ residential areas dealing in uninhabited plots of land, capitalizing on government subsidies and transforming residential units into rental houses, according to media reports. Some residential districts that already have citizens present saw a rise of 35 percent in plots, which, in turn, led to the growth of property assets.

Tareq Al-Atigi, the former director-general of Kuwait Clearing Company told the media that prices in this sector hit an unprecedented high level, primarily because of traders and brokers, purchasing uninhabited plots of land in East Al-Gurain in July 2021 and selling them in November, which recorded around 10 percent of profits.

Additionally, investors also bought 375-square-meter houses in Kuwaiti’s residential districts such as Al-Khaldiya and Al-Yarmouk in May, priced at $1.6 million and sold them at $1.9 million. The value of these units increased by $66,267 per month for a five-year period.

The dealers also focused on residential units of Kuwait and transformed houses in the citizens’ residential areas into rental apartments. Coming to the uninhabited plots, citizens who possess more than one property were not taxed. Some people, who own more than a dozen of plots but they refrain from developing them, thus contributing to pushing prices high due to low supply.

Chairman of the Kuwaiti Union for Real-Estate brokers Abdulaziz Al-Dghaishem also mentioned that housing sectors posted during the first and second quarter of 2021 rises exceeded $5,000 per square meter, especially in regions like Al-Assima and Hawally.

Ukraine to expand trade and economic cooperation with South Africa