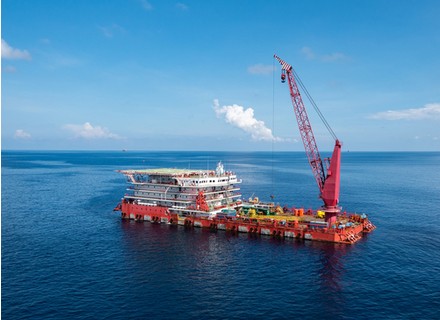 In the past 12 months, about $3.5 billion worth of Venezuelan oil relabelled as Malaysian fuel has reached the ports of China despite the US sanctions, according to the media. Currently, traders are rushing to deliver high volumes of Venezuelan crude to escape the new fuel taxes. The Venezuela crude is masked as Malaysian bitumen blend and imported in China. The fuel taxes can upend the flow of the sanctioned crude to China.

The bitumen blend is a mixture of tar-like heavy crudes and refinery residue fuels that does not fall under consumption tax like fuel oil. It is also not subject to China’s oil import quota. Since May 2020, the shipments of the bitumen blend have risen 13-fold.

Experts estimate that about 90 percent of the cargoes over the past year to end-April were heavy oil imported from Venezuela. It equates to 324,000 barrels per day (BPD) and 61 percent of Venezuela’s total oil exports. The new fuel taxes will be effective from 12 June 2021, and it will increase the cost of bitumen blend to importers by 40-50 percent, which makes it uneconomic and cuts off the flow.

It is to note that, due to US sanctions, China National Petroleum Corporation (CNPC) curbed loading Venezuelan oil from August 2019. Yet private traders and refiners have been willing buyers who re-certified and blended the oil as Malaysian, following transshipments in the waters of Malaysia. Media reports show that 4.3 million tonnes of Malaysian bitumen blend reached China in May. Out of which 2.7 million tonnes had been discharged by 24 May.