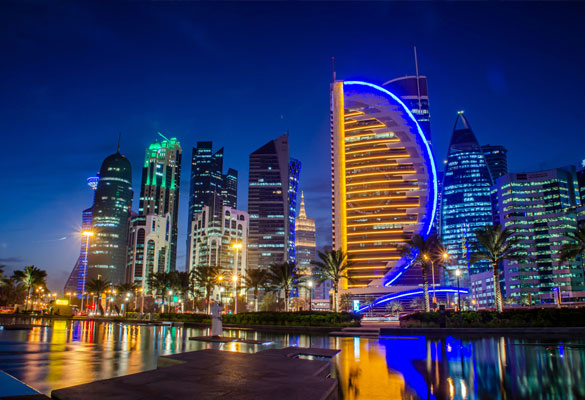 Eight leading banks of Qatar have reported a total net profit of $3.2 billion during the first half of 2021, increasing by 12 percent from the year earlier and 1 per cent higher than in the first half of 2019, according to rating agency Moody’s. The growth in net profit was consistent across the banks and it was largely driven by a rise in interest and non-interest incomes that supported improved earnings.

Nitish Bhojnagarwala, a Vice President and Senior Credit Officer at Moody’s and author of the report told the media, “Growth in net profit was consistent across the banks and largely driven by an increase in both net interest and non-interest income. Solid capital buffers, the recovery of oil prices and the resolution of Qatar’s diplomatic dispute with some of its neighbours will support the banks’ full-year performance for the remainder of the year.”

Additionally, net interest income also increased primarily due to a sharp reduction in interest expenses and a low-interest-rate environment. Interest costs also fell to 16 percent compared to the same period last year. Total non-interest income also rose by 12 percent during the first half of 2021 compared with the year-earlier period.

The banks also improved their operating efficiency in 2020 through cost-control measures by reducing staff and travel expenses, and easing pressure on their bottom-line profit. While there has been a modest increase in an overall increase in costs, the cost-to-income ratio for the eight banks fell to 24.1 percent in the first half of 2021 from 25.7 percent a year earlier.