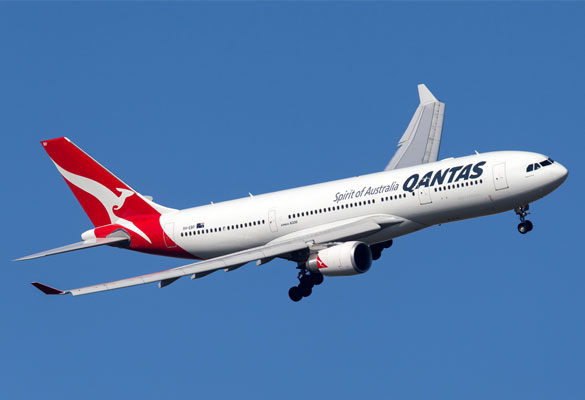 Qantas airways recently announced that it has pared about a third of planned domestic and international capacity in the March quarter to match the travel demand after a rise in Covid-19 infection all across the world, according to media reports. The airway also announced that its domestic capacity will be 70 percent of its pre-Covid 19 levels in the third quarter, down from a previously predicted forecast of 102 percent. Qantas ends its financial year in June, also mentioned that it will provide more details on the impact of the changes when it issues half-year results in late February.

As of now, Qantas has not made any material capacity adjustments for the fourth quarter. International capacity is expected to go down by 20 percent from the pre-Covid-19 levels, from the 30 percent due to tighter travel restrictions in countries including Japan, Indonesia and Thailand, Qantas added.

Qantas Chief Executive Alan Joyce, told the media, “We have the flexibility to add capacity back if demand improves earlier than expected, but 70% still represents a lot of domestic flying and it’s a quantum improvement on the levels we faced only a few months ago.” He also added that early bookings for the Easter holidays in April were promising for domestic and international flights.

In other news, British airline easyJet recently announced that it had seen some softening of travelling in the first quarter following the emergence of the Omicron variant, but it is still in a strong place to handle uncertainty through its financial year.

Prior to this, the airline reported a full-year headline loss before tax of $1.52 billion at the higher end of forecasts. It also mentioned that the first-quarter capacity was expected to be up to around 65 percent of 2019 levels. The airline expects the capacity to be recovered close to 2019 levels by the fourth quarter of 2022. However it did not give a full financial outlook.

Saudi Arabia and Tunisia come together to develop renewable energy