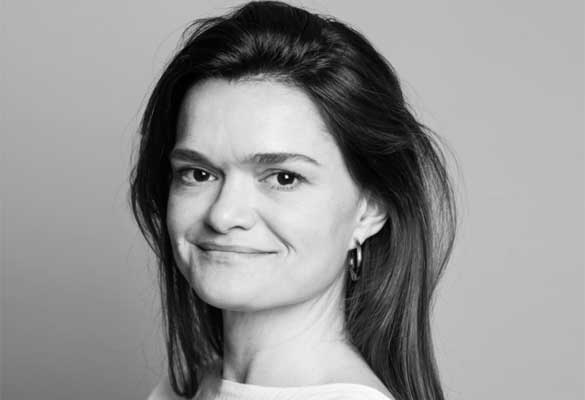 PR and advertising firm boss Marian Ventura turned down another fossil fuel client recently and she has her own reasons.

Marian Ventura, the founder of Done!, which is based in Argentina, said, “I felt I was pushing change from the inside, collaborating to enhance their transparency and accountability.”

She says that in Latin America the fossil fuels industry is considered “prestigious”.

“They sponsor every sustainability event or prize in the region, and of course, they are the best clients to have, for their big budgets,” she added.

She was more than happy to take projects from this industry three years ago.

But in 2019, Marian’s feelings started to shift when she decided to certify her business as a so-called “B corp” organization.

This is a global certification scheme whereby firms aim to meet the best possible social and environmental standards.

“As a B company, we know that in order to fulfil our corporate purpose we cannot turn a blind eye to these questions: Who am I selling to? What am I selling? Will I be proud of what I am selling in 10 years?,” she added.

While a small but growing number of advertising and public relations firms will no longer work with fossil fuel companies, it is important to remember that many others still do.

She pointed out that her decision was criticized.

Marian said, “People with whom we have stronger relationships told me that they don’t agree with our position because they believe oil and gas are irreplaceable resources for society, and they assure it can be developed in a responsible way.”

The United Nations (UN) recognizes that the burning of fossil fuels – oil, natural gas and coal – “is by far the largest contributor to climate change”. It says that they account for “nearly 90% of all carbon dioxide emissions”.

In April, UN Secretary General Antonio Guterres said, “Some government and business leaders are saying one thing but doing another.”

He added, “High‑emitting governments and corporations are not just turning a blind eye, they are adding fuel to the flames.”

Meanwhile, a report this year by the UN’s Intergovernmental Panel On Climate Change mentioned that “corporate advertisement and brand building strategies may also attempt to deflect corporate social responsibility”.

Duncan said, “We know there are agencies not taking the pledge who have told us privately that they are no longer pitching to fossil fuel clients. It’s a step forward.”

“The fossil fuel industry uses advertising agencies and PR agencies to make it harder for governments to hold them accountable. And ads are misleading and make companies seem more committed to climate action than they really are,” he added.

However, some advertising firms are still continuing to work with the fossil fuel clients such as the UK’s WPP, whose subsidiaries have worked with the likes of BP, Shell and Exxon Mobile.

A WPP spokesperson said, “Our consumers have an important role to play in the transition to a low-carbon economy, and the way they communicate their actions needs to be accurate. We apply rigorous standards to the content we produce for our clients and seek to fairly represent their environmental commitments and investments. We will not accept any client, or work, whose objective is to frustrate the policies required by the Paris Agreement [on climate change].”

Since the early 20th century, the fossil fuel industry has been a major contributor to advertising and PR firms’ revenue.

Meanwhile, the world’s largest public relations firm Edelman was criticized last year for its work for the oil and gas industry. Its customers include US fuel and petrochemical manufacturers, as well as Exxon Mobile.

The US-based firm subsequently carried out a 60-day review of its climate strategy, with chief Richard Edelman saying in a company blog post in January that it may have to “separate” from clients.

The oil and gas trade association, Offshore Energies UK (OEUK), says it is wrong to criticize public relations and advertising firms that work with the energy sector.

OEUK external relations director Jenny Stanning said, “Pressuring agencies to avoid working with companies involved oil and gas is counter-productive to combating climate change, as they’re also the ones with the decades of energy expertise that are developing and rolling out the cleaner technologies that are needed.”

A spokesman for the Advertising Association says he doesn’t think the fossil fuel industry should be banned from advertising “but we recognize the right of individual companies to decide who they work with and who they don’t. Accuracy and honesty in all advertising are paramount.”

“This is a carefully regulated area by both the CMA [Competition and Markets Authority] and handle [Advertising Standards Authority]that it expects advertisers to be able to show evidence of any claim they make about the environmental impact of the products and services they feature. We believe in freedom of expression, and Clean Creatives is exercising that right. Our end goals are the same, namely net zero, but we believe a more nuanced approach is required,” he added.

She stated that more and more companies in her industry will have to do the same if they want to attract the best people.

Solitaire said, “A lot of agencies will get to the point where they have to make the decision if they want to be able to hire the brightest. Young people don’t want to work with oil and gas [clients].”

A black-owned coffee company making waves across US