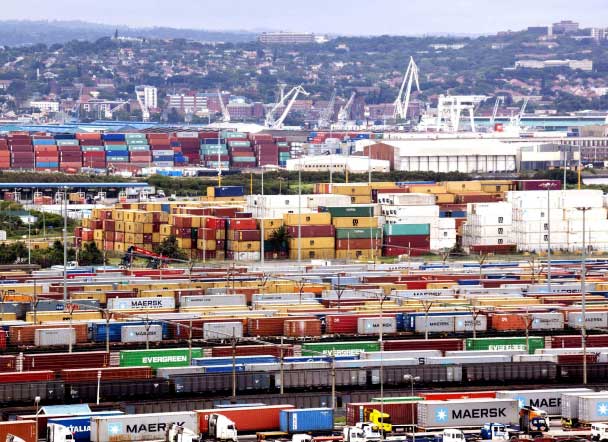 No doubt Brexit will go down as one of the historical events of the 21st Century. As the clock struck 12 on January 1, the UK officially left the European Union (EU). While Brexit is resulting in numerous changes, especially the way business were previously done in the UK, we are also seeing reforms in the aspect of trade. After four years of prolonged negotiations, on December 24, 2020, Prime Minister Boris Johnson announced that the UK has agreed to a trade deal with the EU, where it will get tariff and quota-free access for exported goods.

But it looks like the new trade agreement is not working out well for the UK, what Brexit hoped it would do. As previously stated by policy experts and economists, the UK will keep facing major deficits that could very well have serious repercussions on the economic growth of the country. In 2019, it was reported that 71 percent of the UK’s GDP was generated by the service sector. Now after Brexit, UK companies that had a much larger EU market are suddenly unavailable.

This has forced the UK to reform its trade policies as well as its trade partners. Also, the global slowdown and the economic distress caused by the Covid-19 pandemic are only adding to the UK’s woes. One region the UK has its eyes on is Africa. The region is not only attracting the UK, but many other nations such as other European countries, China and the US to understands Africa’s potential. Before the pandemic hit the world, Africa was prospering. The world’s five fastest-growing economies were all African. Soon it will be the most populous region in the world. China already has a huge presence in Africa and the US is bolstering its ties with many African nations.

After finally exiting the EU, the UK has started negotiations on several free trade agreements. By establishing these new free trade agreements, the UK wants to remove or reduce tariff and non-tariff barriers to trade. In order to make up for the huge deficit, UK has been looking towards new trade agreements and partners in an effort to boost its economy. The Boris Johnson-led government has signed a trade deal with Japan in October 2020, which was its first major post-Brexit trade deal.

Additionally, UK is also having discussions with Australia and New Zealand on a trade deal. However, farmers in the UK have recently come out against the trade deal with Australia. They fear it could prove to be a threat to UK agriculture if Australian beef and lamb producers are granted tariff-free access to the UK because of the new trade deal. The National Farmers’ Union (NFU) voiced its concerns in this regard. This has also resulted in a split in the cabinet over whether or not to approve a wide-ranging free trade deal with Australia.

All in all, going by the trend, it looks like the UK is eyeing all its former colonies and the Commonwealth as its trade partners, especially in Africa. At its zenith, the British Empire housed 23 percent of the world’s entire population. Standing in the 21st Century, it looks like a renewed trade license with those colonies are the only way to make the UK a definite winner after Brexit. Helen Grant, trade envoy to Nigeria revealed that the UK was on the verge of striking an ambitious trade agreement with Nigeria, one of Africa’s largest and fastest-growing economies. According to her, the new trade deal with Nigeria could easily surpass the current £3.4 billion in trade with the UK.

England’s Prime Minister Boris Johnson during a virus-quietened second edition of the UK-Africa Investment Summit in January 2021 said, “One thing that absolutely has not changed is my ambition for the UK to be Africa’s investment partner of choice.”

If all goes well, the new trade agreements can start without any interference or objection from the EU. Some optimists in London believe that these new deals might lead to a second and renewed Commonwealth. Talking about African nations, in particular, these agreements can create relationships where both the parties have an equal partnership, something that has been complained about by the African leaders when it comes to their relationship with the EU.

UK to enhance trade with Africa

Currently, Africa accounts for just 2.5 percent of UK’s trade. There are more than 50 nations in Africa but Nigeria and South Africa, which are the continent’s two largest economies, accounts for nearly 60 percent of the trade. Recently, UK inked post-Brexit trade deals with 13 African countries. Earlier this year, during the UK-Africa investment summit, Boris Johnson hosted 16 African heads of state. The leaders signed trade deals which are estimated to be worth £15 billion. The UK has enhanced its trade deal not only with Nigeria, but it has bolstered trade relationships with Egypt, Ethiopia and Kenya.

Even before the UK was officially out of the EU, trade between UK and sub-Saharan Africa was growing by over seven percent in the past two years. The UK-Africa trade relationship was valued at £35 billion in 2019, with around £54 billion of bilateral investment stock on top of that, according to media reports.

The EU is the UK’s biggest global trading partner. Trade with EU accounts for 47 percent of the country’s total trade. To put things into perspective, around 42.6 percent of the UK’s total exports go to the EU. Also, around 51.8 percent of UK’s total imports are from the EU. However, exports to the EU fell 40.7 percent in March from a month earlier and imports dropped 28.8 percent, according to figures released by the Office for National Statistics.
Many businesses in the UK, especially the small scaled ones, have halted sales with the EU because of the changes brought in after Brexit. Post-Brexit, the UK’s overall exports dropped 19.3 percent and imports fell 21.6 percent, the biggest monthly declines since 1997.

Data released by Ireland’s Central Statistics Office stated that imports from Great Britain dropped by 65 percent in January year-on-year. UK’s exports to Germany also dropped by nearly 56 percent, according to data released by German authorities. As a result of Brexit, trade between Great Britain and Northern Ireland has entered controversial ground with the EU taking legal action against the UK after it unilaterally extended a grace period on food checks.

In its report, the Office for National Statistics said, “With only one quarter of data available, and the ongoing pandemic and recession, it is too early to assess the extent to which this reflects short-term trade disruption or longer-term supply chain adjustments.”

Many businesses in the UK are struggling to adapt to the new rules introduced after or as a result of Brexit, especially manufacturers. Brexit has resulted in these businesses dealing with issues such as border delays, customs costs and regulatory checks. Many businesses are on the verge of shutting down as a result. A survey done by the ONS revealed that businesses with a workforce of less than 50 employees are facing a higher risk of shutting down permanently.

Exports of live animals, meat and dairy products fell 5.8 percent compared to a year earlier because of the same limitations. Exports of pharmaceutical and medicinal products were also down three percent.

China’s import of Venezuelan crude continues despite US sanctions