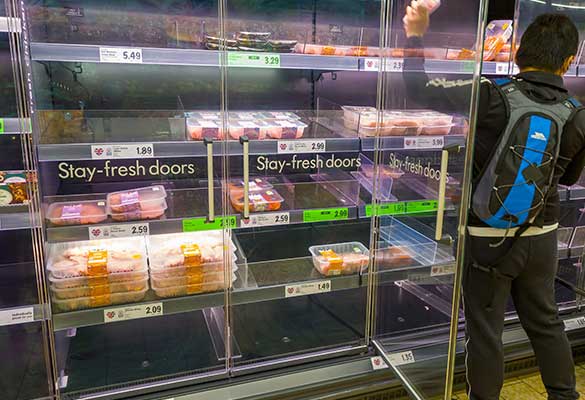 Prices of goods are rising globally, and many people in London are shoplifting because they cannot make ends meet.

James, a London supermarket cashier, caught a woman leaving the shop with packets of kid’s yogurts and pouches of baby food. He said he could not take those items off her because she was young and had three children who she was struggling to feed. He let her off with a warning.

At another supermarket halfway across the country, Alexander found a couple who could not spend more than 100£. They tried to pay some in cash and the rest with a credit card, but the card declined. Alexander said they were at the checkout for almost half an hour trying to fix the card or locate some spare money. The woman, who was pregnant, broke down in tears, and they eventually left without half the items on their shopping list.

Inflation is at a high of 9%, the worst in 40 years. Food prices have not been this bad since 2011. The cost of nearly every essential from petrol, phone, internet, and housing has skyrocketed.

Things were so bad that last week, Andy Cooke, the new chief inspector of constabulary, instructed police officers to use discretion when dealing with crimes of poverty, especially food theft. However, Kit Malthouse, the policing minister, said officers must not ignore such petty crimes.

It is not just about stealing. Many these days cannot decide what to get and what to put back because their budgets are so restrained. An employee at Tesco said many people put the strawberries back and pick up bananas these days. The Luxuries are left behind, and people are sticking to the necessities.

The chair of Tesco, John Allan, said that the supermarket witnessed food poverty for the first time. When the total grocery cart value hits £40 or £50, buyers ask the cashier to stop because they cannot afford to buy more. Many shoppers don’t realize how much prices have shot up and have to embarrassingly take out products from their trolley at the checkout section.

There are long queues and fights over items with reduced prices, especially near-expiry meat. Supermarkets nowadays have to use security to break up these scuffles. Supermarket employees also complain that customers are short-tempered these days. Many customers come in later, owing to working longer hours. Some customers are reportedly vending their frustration with the long work hours and higher expenses on supermarket staff.

James said that theft doubled this year. It is partly due to experienced shoplifters in fancy cars and good clothes walking out with electronics or fish. But mostly, it’s law-abiding citizens who ‘forget’ to scan one or two items in their cart. The police don’t usually come around unless there is violence and the law is very lenient on shoplifters.

Shoppers aren’t buying as much even at higher-end supermarkets. People who shopped at expensive places now either buy less or go elsewhere. However, people are being squeezed disproportionately in the lowest households, and those who work in supermarkets witness it every day.