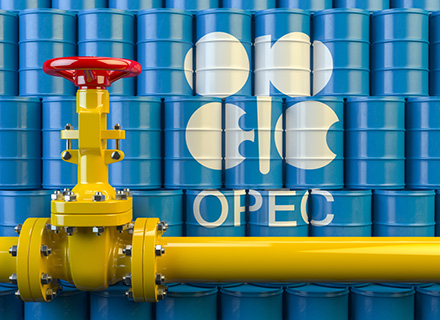 OPEC+ has finally agreed to gradually add more oil supplies to the market after UAE and Saudi Arabia, up to 400,000 barrels per day from August as both the members came to a resolve that was blocking the deal, according to media reports. The deal will also give the UAE, Iraq and Kuwait higher output quotas from May 2022, as mentioned by a delegate who did not wish to be identified.

The truce was a much-needed step that will ease the supply deficit and reduce the risk of an inflamationatory hike on oil prices. This will also bring an end to the longstanding diplomatic conflict that scared traders, as the fight between the longtime allies had the risk of unravelling the broader accord between the Organization of Petroleum Exporting Countries.

While crude oil prices dropped last week as the fear of the delta variant of Covid-19 runs wild, the International Energy Agency warned that the markets need more oil from OPEC+, otherwise it will “tighten significantly.”

Apart from this, the deal also means several other things for the market. Now, consumers will get a much clearer picture of how quickly and efficiently OPEC+ will restore the 5.8 million barrels a day production it’s still withholding since the pandemic started.

The UAE’s energy minister Suhail al-Mazrouei spoke in support of the deal saying that it has their full support.

Saudi Energy Minister Prince Abdulaziz bin Salman said, “OPEC+ is here to stay. Consensus building is an art and the group will continue to meet every month to closely monitor the market recovery.”