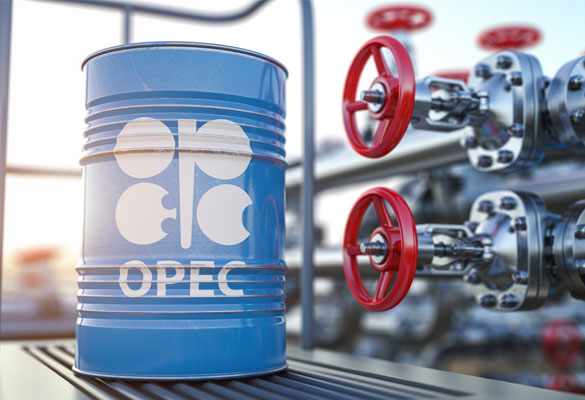 The global oil market will see a seismic shift in December as signs of oil surplus are building, hence the members and allies have to remain extra cautious while reviewing oil output policy during the regular monthly meeting, according to an announcement made by the group’s general secretary, Mohammed Barkindo. OPEC and its allies have been gradually increasing production quotas by 400,000 barrels per day each month that will help decrease the record-high oil prices that began during the pandemic-induced market crash.

Barkindo told the media, “The surplus is already beginning in December. These are just signals that we have to be very, very careful. The projections show throughout the quarters of next year that there could be oversupply in the market. This is also further evidence of why we should be very cautious, measured in the decisions we take every month. We have a vested interest in making sure the global economic recovery continues, despite the uncertainties. We think we are on a trajectory of recovery. For us, in OPEC, we will continue to do whatever is necessary that this recovery does not falter.”

OPEC also resisted pressure from several key consuming countries, including the US, Japan and India, to release even more volumes to cool down rising oil prices. The OPEC+ ministers will next meet on December 2 where they will decide on January production levels. Brent crude was 52 cents, or 0.6 percent higher, standing at $82.57 per barrel and U.S. West Texas Intermediate (WTI) crude rose by 40 cents or 0.5 percent, standing at $81.28 per barrel.

As the world oil demand is slowly recovering from the pandemic-induced collapse in 2020, OPEC forecasts that demand is expected to slow down next year and supply from rival producers like the US Shale is expected to rise.