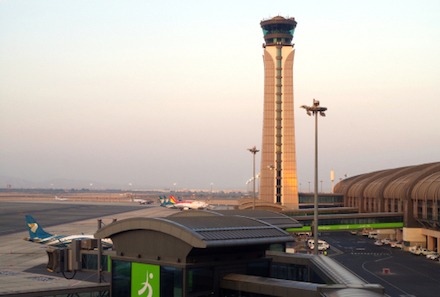 Oman Aviation Group (OAG) plans to invest in Sea-to-Air logistics and cargo transportation space, media reports said. It is reported that the investment will focus on two of the Sultanate’s international airports in the city of Sohar and Salalah.

The Sea-to-Air logistics is an initiative controlled by the state-owned umbrella organisation. It aims to leverage the sultanate’s premium airport and aviation to attract investments in sectors such as air-freight, ecommerce and airport-related free zones.

The international airports in Sohar and Salalah are currently being developed to turn them like the sultanate’s Muscat International Airport. OAG discussed about its vision for the two airports at an event called InvestinOman’webinar.

It is reported that as part of the investment in Sohar International Airport, a proposed concept called stopover crossroads for narrow-body airlines for longer journey has been floated by the authorities. The concept has the potential to attract various aircraft types such as charter operating narrow body (long-haul), airlines to the airport.

Furthermore, the airport can offer light and medium sized business jets and cruise line flights as a stopover crossroads.

According to OAG, the city’s major commercial, industrial, and economic centres are the proximity for the airport’s investment plan. The international airport is spread over an area of 20 sq. km and will turn into a vital hub for the city’s planned multimodal system envisioned for an advanced system connecting the road and railway networks in the future.

Few days back, OAG was officially a part of the World Travel & Tourism Council (WTTC)