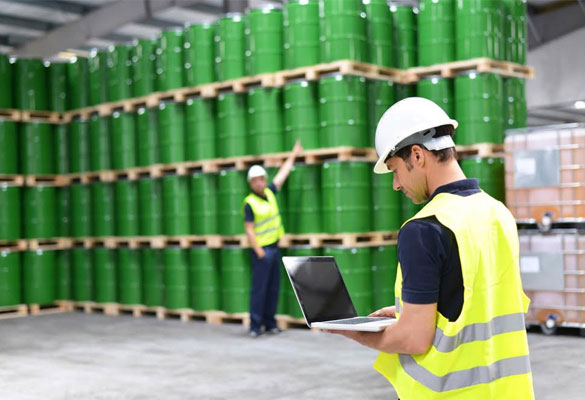 Crude oil prices fell to a seven-week llow on Monday, falling by nearly 3 percent, thereby continuing its decline after the slump recorded in its previous sessions, over concerns about excess supply after Japan mentioned it was weighing releasing oil reserves and over demand from a worsening Covid-19 situation in Europe, according to media reports. Brent Crude lost 57 cents or 0.72 percent, standing at $78.32 per barrel and US West Texas Intermediate (WTI) crude fell further to 39 cents or 0.51 percent, standing at $75.55 per barrel.

This is the lowest prices for WTI and Brent since October 1, in an earlier session. Additionally, Japanese Prime Minister Fumio Kishida announced that he was ready to help the soaring oil prices after receiving a request from the United States to release oil from its emergency stockpile. Adding to this, the soaring Covid-19 curbs currency being observed in Europe due to fresh cases might also hit demand.

Germany, Europe’s biggest economy, released a warning, saying that the country might have to move to a full lockdown after Austria announced that it would reimpose strict measures to contain the rising number of infections.

ANZ told the media, “Austria imposed a lockdown earlier this month, while Germany is poised to agree on mandatory remote working. In Ireland and the Netherlands, people have already been instructed to work from home where possible. This comes amid the prospect of releases of oil from strategic reserves in China and the U.S.”

Last week, the White House reminded OPEC to maintain adequate global supply, days after its discussion with some of the world’s biggest economies over potentially releasing oil from strategic reserves to lower the skyrocketing oil prices. Since Japan laws only allow reserves to be tapped if there are supply constraints or natural disaster, Kishida mentioned that they are considering what they can do legally and will also coordinate with the United States and other countries.