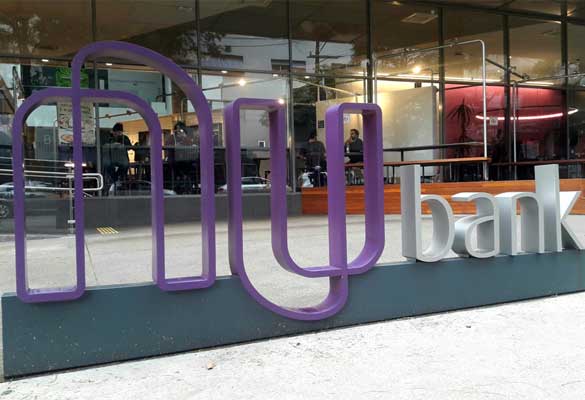 Brazilian digital bank Nubank raised $2.4 billion after its debut in the US initial public offering (IPO) priced at the top of a marketed range it had earlier lowered, according to media reports. The company sold 289 million shares for $9 each and has also surpassed Itau Unibanco as the region’s most valuable bank. Nubank had also lowered its proposed range last week after earlier seeking to raise as much as $3.18 billion.

During the IPO, Berkshire Hathway bought 10 percent of its share and after this latest valuation, Nubank has a market value of $41 billion, as mentioned in its filings with the US Securities and Exchange Commission.

Nubank has around 48 million customers in Brazil, Mexico and Colombia and has seen rapid growth in the last year for its digital banking platform. From starting as a core credit card product, Nubank now offers personal lending, life insurance, products for micro-entrepreneurs, instant payment services, and investment products. The proceeds from the listings will be used as working capital, for operating expenses and for acquisitions as it looks to grow outside of its main Brazilian market.

Sequoia Capital, which invested $1 million in the company back in 2013, now holds a stake worth $7.1 billion, based on the company’s filings. Berkshire invested in Nubank in June, taking a $500 million stake. The offering was led by y Morgan Stanley, Goldman Sachs Group Inc. and Citigroup. These shares are expected to begging trading soon on New York Stock Exchange under the symbol NU.