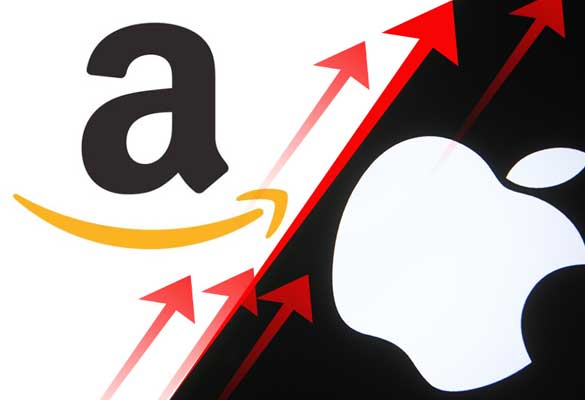 Sales from Amazon and Apple exceeded expectations, encouraging investors that the digital behemoths will be able to withstand slowdowns in the world economy.

In a trading update, Amazon predicted that increasing the cost of its Prime membership would improve its bottom line, while Apple stated that demand for its crucial iPhone remained robust.

Despite prices increasing at a high rate, both businesses said they were making progress in managing operating costs.

Shares rose as a result of the updates.

Customers monitor Apple and Amazon’s quarterly updates to see how they are responding to the economy.

Official data released recently showed the US economy contracted for the second consecutive quarter, a development that in many other nations would be regarded as an economic recession. However, the US requires other data to reach that conclusion.

Apple also anticipated growth to pick up again in the months to come.

Sales growth has, however, slowed significantly from last year for both businesses, and profits have also decreased.

As it struggled with COVID-19 lockdowns in China, Apple’s profits fell by almost 11% to USD 19.4 billion, while Amazon lost USD 2 billion due to changes in the value of its investment in electric vehicle manufacturer Rivian Automotive.

Tim Cook, the CEO of Apple, said the company was receiving “a mixed bag” of economic signals, with the demand for iPhones remaining stable but declining in other sectors like digital advertising.

He further stated that he was extremely happy about the growth.

A black-owned coffee company making waves across US