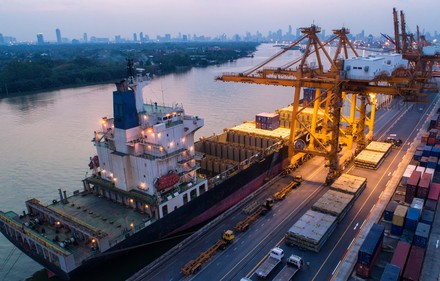 China’s Ningbo Zhoushan Port and Brazilian miner Vale have signed a deal to carry out new developments, media reports said. It is reported that both the entities will establish a joint venture to set up and operate a terminal in Shulanghu Port in Zhoushan. The development is a part of the West III project in the region.

Vale, told the media, “By participating in the project, Vale will secure a total port capacity of 40m tons per year in Shulanghu, which will help Vale to optimize its overall supply chain costs.” The investment for the West III project is worth$624 million. It is reported that the project will involve land acquisition, expansion of Shulanghu port facilities, additional new stockyards and increased port’s capacity by loading berths.

The project will embark its journey once the anti-trust and other regulatory approvals are obtained by both the entities. The expected time for the completion of the project is three years. Vale and Ningbo Zhoushan Port will own 50 percent interest in the joint venture.

Vale is a top-notch miner in South America. It launched a grinding hub at Shulanghu Port in August. The hub is equipped with three production lines and has a total capacity of 3 million tons per year.

The Brazilian company previously introduced the Brazilian Blend Fines (BRBF). The product is developed at Malaysia’s Teluk Rubiah Maritime Terminal including Shulanghu. The product has the potential to reduce the time taken for vessels to reach Asia from other parts of the world.