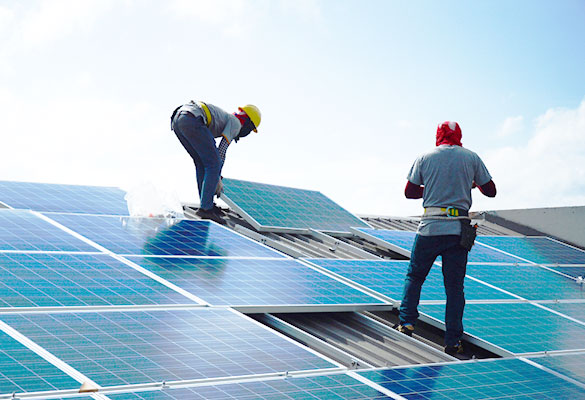 Nigerian renewable energy company Daystar Power, a provider of hybrid solar power solutions to businesses in West Africa, recently announced that it has closed a $20 million deal from the International Finance Corporation (IFC), according to media reports.

This news comes after its $38 million series-B fundraise in January and a $4 million financing for its Ghanaian subsidiary with DEG. Collectively, Daystar Power has secured a total of $62 million.

The latest deal consists of a $10 million loan in local currency from IFC and another $10 million from Canada-IFC Renewable Energy, with whom they are working together to close gender gaps and increase women’s participation in renewable energy sector with a focus on leadership roles and technical positions. The funding will go to its Nigerian subsidiary, which plans to utilize the funding for increasing its solar capacity in its currently running 150 power plants.

Jasper Graf von Hardenberg, CEO and co-founder of Daystar Power told the media, “This facility is a major milestone for us. The funds will allow us to grow our installed capacity of solar projects and serve more Nigerian businesses in need of clean and affordable power. But we gain more than just capital. IFC brings a wealth of in-depth knowledge of renewable energy projects and project finance in emerging markets.”

The company also plans to expand its installed solar power capacity to 140MW by 2024 and aims to grow its client base in the financial services, manufacturing and agricultural sectors.