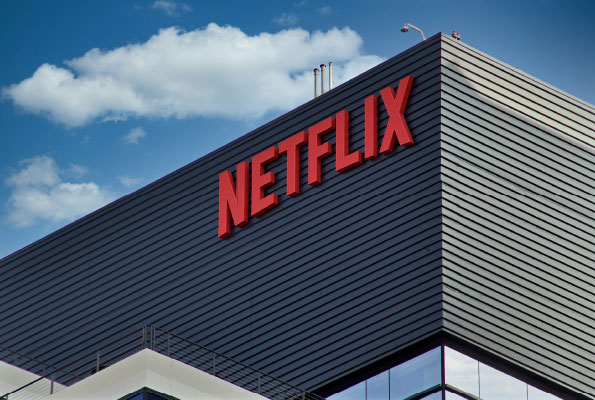 Netflix, a first mover in its category of OTT platforms, announced an unprecedented contraction in its subscriber base by 200,000 as part of its quarterly results earlier in April. This was the first time, that the company has faced a situation where it has failed to increase its net paying subscribers in a decade’s time. To suggest things will go further south before it gets any better, the company further said that another two million subscribers will leave the platform in the second quarter. The development was a shocker as stock analysts had predicted that the company would stick to its forecast of adding another 2.5 million paying users.

These numbers obviously eclipsed the fact that its revenue was better on a quarter-on-quarter basis. The dip in the subscriber pool led to the erosion of its value in the stock market. Shares of the company were trading close to 40% below their value ahead of the results for the following days immediately after the earnings call. This meant that in effect $50 billion and more in investor wealth has been wiped off in a matter of days.

In its defense, the company said that the net loss of paying subscribers was due to the termination of 700,000 accounts in Russia which it had to forego a part of the Western ostracization measures against the Vladimir Putin regime. Further, the company blamed the menace of sharing passwords between families as a contributor to its slump. Netflix pegs this number to be around 100 million across the globe.

The company ahead of these results had already started plugging this leak by charging customers in certain geographies a paltry sum if it was clear that accounts were shared outside a household. And according to Netflix COO Greg Peters, this is certainly an area that is fertile for the company to look for improving the bottom line. But the company is not yet ready to play hardball on this. Netflix has stated that only in certain South American countries it is rolling out the additional charge for sharing passwords instead of introducing a blanket ban on sharing the credentials.

Apart from this, the company’s recent rate hikes can be a contributing factor to the company’s growth fortunes, especially at a time when most of the world is struggling through inflationary pressures and fears of a recession in the global north remains a possibility. In some of the developed markets, consumers are paying around 33% more than what they were paying in recent years. But the company seemingly remains bullish with the CEO claiming that its retention rate of subscribers is better than most of its peers.

Is Netflix losing its sheen?
Close to two years ahead of this current slide in its fortunes, crypto evangelist Sylvain Saurel had declared that the best for Netflix was all but over after the company failed to stick to its forecast with respect to the onboarding of new subscribers in the second quarter of 2019. Not to miss, the fiscal prudence of the company was not suspect even though it went to invest in many original productions. Netflix had posted a profit of $271 million.

Saurel elaborated that over the last 10-12 years, the company had clearly profited from its first-mover advantage but the advent of competitors had made the segment far from lucrative. He noted that Netflix was the first to register 150 million global subscribers but by 2019 when Amazon Prime and Disney+ emerged as potent rivals, Netflix was failing to make a further dent in the global market. Since then the market has only gotten further crowded. And at that time itself, the US which is Netflix’s largest market was saturated.

Saurel also pointed out that Disney had a far more attractive price point which would make it an easy replacement for Netflix, especially with its collaboration with its subsidiaries ESPN and Hulu, a smaller on-demand video streaming service.

In a potential epitaph of sorts, he predicted that the spring of 2020 was when Netlfix will face its biggest challenger with the introduction of HBO Max, a joint venture between HBO and Warner Bros.

While it all seemed gloomy for Netflix, the onset of the COVID pandemic sometime in mid-March of 2020 proved to be a window of opportunity for the streaming service. And within a span of less than a year, it turned the number of its global subscriber to 183 million while rivals Disney managed to get only 50 million subscribers. The lack of live sports meant that the bundling of ESPN services did not help the customer base. But come to the present, the growth train for Netflix has seemed to hit a spot.

Newer avenues to the summit
But now that the company has hit the speed breaker, it is looking for newer avenues to up its oomph. And one addition to the service that is being offered by the company is games. The first game to debut on the platform will be an animated version of the popular card game Exploding Kittens. The company has said that the game which will be released on the mobile version will act as a prelude to the animated series which will be launched under the same title due for release in 2023.

While the company is betting on games to drive itself out of this slowdown in growth, it is nothing radically new. Since September 2021 Netflix has spent a lot of its resources to acquire three gaming studios to support this long-term vision.

Industry observers note that Netflix however won’t delve into hardcore gaming and this won’t be its mainstay. Currently, games will be part of the streaming platform’s customer retention vehicle and an accessory marketing tool.

At the same time to reduce its cash burn, the company will reduce expenses by downsizing its own productions in the short term.

The company is also flirting with the idea of a cheaper version of its services for the end consumers while the product remains the same. The California headquartered tech behemoth may roll out cheaper subscription plans with advertisements subsidizing the cost of content for the user. This will come at the expense of losing a part of the company’s core identity. But at a time when most of the world is suffering from inflationary shocks and a recession may raise its ugly head, this pivot may be a necessary poison pill that the company has to swallow to safeguard its pole position.

The other idea that has been brought up in this regard is the option of adding other content on its platform like live news and sports to its folds. There is no doubt that live sports and its already binge-worthy content can get it an injection of new subscribers especially as its documentary series on Formula 1 saw record interest. But right now the company is not yet convinced that it’s a good idea. As part of the earning’s call interaction, the company’s COO and co-CEO Ted Sarandos suggested that they are yet to figure out how to create a “big stream of revenue” out of it while clarifying that the possibility is not ruled out.

How this sinking airline is plotting a turnaround