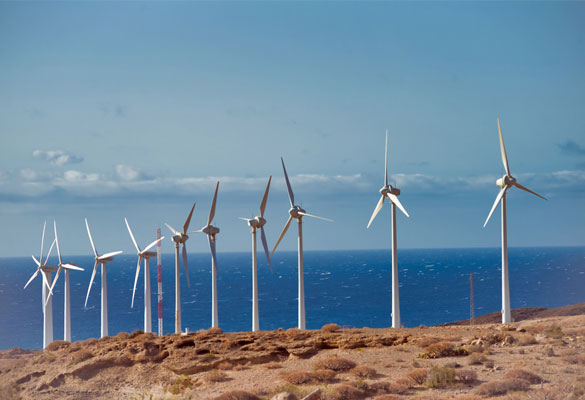 Morocco’s foreign ministry recently announced its plans to mobilise a global investment of $1.6 billion in a wind energy programme which will be fully commissioned by 2024, according to media reports. The foreign ministry mentioned that the country’s energy policy aims to raise the contribution of renewable energies in the energy mix to 52 percent by 2030 and wind energy is a key element of this strategy.

In recent years, the ministry has managed to achieve a set of gains in the environmental field, which is backed by projects and programs that have strengthened its presence at the international level in this field.

Moroccan Minister of Government Aziz Akhannouch, Moroccan King Mohammed VI also mentioned Morocco’s commitment to climate issues and the country plans on reducing greenhouse gas emissions by 45.5 percent by 2030. By 2050, the country plans on transforming itself to a green economy, keeping in line with sustainability goals, enhancing resilience, adapting and protecting the environment.

Last month, GE Renewable Energy announced that it will supply 40 onshore wind turbines for the 200-megawatt Aftissat onshore wind farm extension in Morocco. The project is expected to start from 2023 and is intended to support industrial companies under power purchase agreements, which is in line with Morocco’s goal to install 52 percent of renewable energy capacity by 2030.

Gilan Sabatier, Onshore Wind International Chief Commercial Officer, GE Renewable Energy, told the media, “Morocco has a great potential for wind energy and has been an early mover in the journey toward renewable energy integration, achieving great progress in its renewable energy targets. We are thrilled to be partnering with Nareva to implement our Cypress technology in Morocco, confirming our commitment to the country’s wind energy development.”

Maersk to build a $136 mn logistics centre at Jeddah port