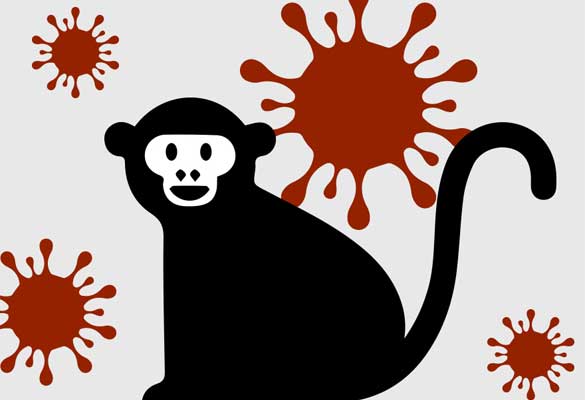 On July 26, another imported monkeypox case was reported in Singapore, bringing the total number of cases found here to 10. The patient, a Taiwanese resident of Singapore, aged 28, had just arrived from Canada.

The Ministry of Health (MOH) posted an update on its website stating that the man tested positive a few days ago and is currently being treated at the National Centre for Infectious Diseases (NCID).

He went to the doctor, and that same day, he was admitted to NCID. MOH said that contact tracking is ongoing. The patient’s health is stable, and efforts are being made to find his contacts as well. None of the earlier cases of monkeypox are connected to the man’s infection. Five of the 10 cases of monkeypox in this area are domestic and the other five are foreign.

More than 75 nations have reported more than 16,000 cases of monkeypox, up from just 3,000 at the end of June. Monkeypox was deemed a worldwide health emergency on July 23 by the World Health Organization. The typical recovery time for patients with the viral illness monkeypox is 14 to 21 days.

The global organization has issued the strongest possible call to action, indicating a new urgency and scope for a disease that was previously restricted to western and central Africa.

Meanwhile, Singapore’s economy grew 7.2% in 2021 rebounding from COVID pandemic-induced 5.4% contraction in 2020, according to preliminary data published.

In 2021, Singapore bounced back primarily because of export demand and a fast rollout of COVID-19 vaccines. By the end of the year, 87% of its population were fully vaccinated. But the additional challenges of the pandemic also became more apparent later in the year, with Singapore registering the largest COVID-19 outbreak in October 2021, which lead to renewed domestic restrictions and a slow recovery of international travel affecting its core related industries.

Last year’s growth rate was the fastest in 10 years and the economy expanded 14.5%, following the global financial crisis. The manufacturing sector also expanded by 12.8% after a huge surge in electronic components. The services and construction sectors rebounded by 5.2% and 18.7% respectively, after being severely hampered by pandemic restrictions.

For the fourth quarter of 2021, gross domestic product (GDP) expanded 5.9% year-on-year slower than the 7.1% growth in the July-September period. The electronics and precision engineering sectors were still strong in the fourth quarter and it was driven by sustained global demand for semiconductors and semiconductor equipment respectively. For 2022, the government expects a GDP growth rate in the range of 3% to 5%.

One will have to wait and see if monkeypox turns out to become another deadly virus like COVID and impact the economy of not only Singapore but also other countries.

Google-parent Alphabet’s rate of growth a worry for tech giant?

Is Asia the next electric motorbike sales hub?