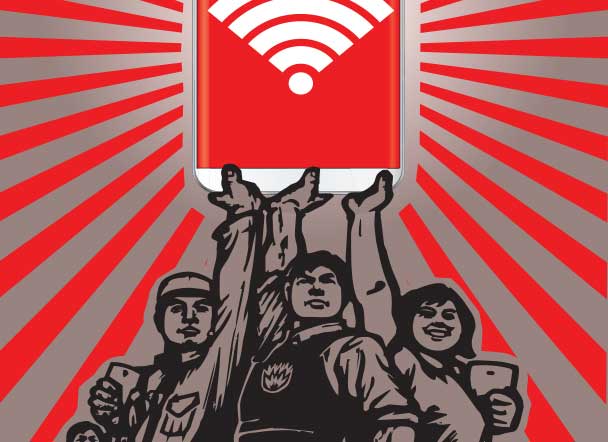 Over the last couple of years, we have witnessed a tremendous change when it comes to the fintech landscape in Africa and Kenya is among the top African countries leading the change. Along with Nigeria and South Africa, Kenya is among the top innovators of fintech in Africa. According to the Communications Authority of Kenya, mobile phone penetration had almost reached 120 percent in the country by June 2020, with subscriptions increasing by 10 percent year-on-year. In the last decade, we have also witnessed the number of fintech businesses in Kenya grow significantly.

Fintech startups in Kenya have multiplied at a very fast rate. Now, Kenyan fintech startups are securing funds from all across the globe. This points to the fact that global investors are noticing the growth of the Kenyan fintech sector in financial innovation. Mobile money has been a success story in Kenya and the same has helped the country to improve its financial inclusion rate tremendously. Around 82.9 percent of Kenya’s adult population has access to at least one financial product, according to the 2019 FinAccess Household Survey, carried out by the Central Bank of Kenya, Kenyan National Bureau of Statistics and FSD Kenya.

M-Pesa, a mobile phone-based money transfer payments and micro-financing service launched in 2007, has contributed immensely to the country’s fintech landscape. M-Pesa has improved financial inclusion in Kenya besides acting as a catalyst for the fintech boom. Kenyans use M-Pesa to deposit, withdraw, transfer their money as well as pay for goods and services using their mobile phones.

After the mobile money boom in Kenya, we have seen digital platforms being launched to enable small and medium-sized enterprises (SMEs) in the nation to accept digital payments, primarily for M-Pesa, before expanding to other products such as unsecured cash advances and loyalty programmes among others. Pezesha, launched in 2017, provides a digital platform where micro, small and medium-sized enterprises (MSMEs) are matched with potential investors. Pezesha is in partnership with giants such as MasterCard and Google.

Some startups are following the emerging global trends which include cryptocurrencies and digital banking. When it comes to insurance, we have seen many insurtech startups securing funding from notable investors to provide affordable health and life insurance products online. Nairobi-based Turaco is a micro-insurtech company changing healthcare financing in emerging markets. Founded in 2018, the insurtech partners with local businesses and mobile lending organisations in Kenya to distribute its products. Turaco claims it has insured over 70,000 people in Sub-Saharan Africa.

M-Pesa is a success story

Telecommunication giant Safaricom launched M-Pesa in 2007. It initially was established as a microfinance loan platform. It has since evolved into a means by which users can deposit and withdraw cash into their mobile wallets through a network of agents located ubiquitously around the country. Users can then transfer from one mobile wallet to another through even the most basic of mobile phones using an SMS text message and personal pin number.

The telco understood the potential of mobile phones and its ability to deliver banking and financial services. M-Pesa, which is a SIM-based mobile banking service, requires no internet connection. M-Pesa users can deposit, withdraw, transfer money, pay for goods and services, access credit and savings, all with a mobile device.

So, what made M-Pesa a success story? Safaricom smartly utilises its mobile infrastructure and has adopted an agent model. Since its launch, M-Pesa has spread quickly and expanded to seven countries. By 2010, it had become the most successful mobile-phone-based financial service in the developing world, and as of June 2020, it had more than 30 million active users in Kenya out of a total population of 52 million, according to data from the Communications Authority of Kenya.

The use of mobile money has surged in Africa significantly in the last couple of months as Africa, along with the rest of the world fights to stop the spread of the Covid-19 virus. The widespread use of mobile money has stopped the use of cash in African countries such as Kenya. Safaricom waived all service fees related to its mobile money platform M-Pesa last year. Safaricom also made all person-to-person transactions under Sh1,000 would be free for a period of 90 days. M-Pesa further allowed small and medium-sized enterprises (SMEs) to increase their daily M-Pesa transaction limits from Sh70,000 to Sh150,000.

After Kenya entered a state of lockdown in the month of March, M-Pesa saw a surge in the number of subscribers. Around a million new users joined M-Pesa last year taking its total subscribers count to 25 million. According to many experts, mobile money has also played a big role in curbing the spread of the Covid-19 virus in Africa. Not only that, it also facilitated the continued functioning of the African retail sector by allowing its citizens to shop digitally. As mobile money provides an easy way of completing a financial transaction, it also led to a rise in online shopping in Africa amid the lockdown.

Mobile money also has the potential to accelerate financial inclusion in African nations. What mobile money can do is tap into those underbanked or unbanked Africans which the banking sector failed to bring under their financial umbrella. The growth of mobile money in Africa is also expected to help the continent tackle its unemployment problem. With the issue of more licences, more players will enter the mobile money market and will lead to the creation of various jobs within the sector.

Even though fintech is booming in Kenya, there are still few challenges ahead that the sector needs to overcome in order to maintain its growth trajectory. The overall finance sector in not only Kenya but throughout Africa needs to speed up convergence between the various stakeholders in the industry to stimulate financial inclusion. The dream is a fully banked Africa and a possible way to achieve this feat is through mobile money and the fintech firms operating in the continent. Converging the efforts of different stakeholders such as the mobile phone operators, the fintech firms and traditional banks or financial institutions in Africa has the potential to fulfil that dream. Other factors will play an important role like government policies or regulatory approval. Besides supporting a common work frame, they also must continue to promote innovation and at the same time continue to prioritise customer protection.

The success of M-Pesa in Kenya also provides an example of how regulations lag behind the development of technology. When M-Pesa was launched in Kenya back in 2007, Kenya’s apex bank issued a ‘Letter of No Objection’ to Safaricom. In fact, regulations were put in place much later along with the adoption of the National Payment System Act in 2011 and the National Payment System Regulations in 2014. Fintech boomed in Kenya exponentially which also led to technological innovation in this field. This challenged the regulators’ ability to respond to the change within the sector in a timely fashion. One can argue that Kenya has been too successful when it comes to mobile money. Fintech startups are growing exponentially in the marketplace and at a very fast pace. However, we are yet to see a proactive approach from the regulators in Kenya. This often means that some firms are under very little scrutiny which is bad when it comes to consumer protection.

Another challenge in front of the fintech sector in Kenya is government intervention when it comes to sustainable borrowing. Now, there is a large number of lenders in the market, offering cheap loans which have led to an increase in the number of small businesses, however, at the same time, it has pushed many in Kenya into debt distress. Kenya’s Credit Reference Bureau (CRB) has blacklisted 2.7 million people for being unable to repay loans as little as $2. This proves the point that an unregulated or remotely regulated market is often not a good thing.

Financial inclusion is an economic tool as it measures the population that is under the financial blanket of a particular country. While financial inclusion is a major step towards inclusive growth, it strengthens the availability of economic resources and builds the concept of savings among the poor. In most countries, digital payment services or fintechs are evolving at a very fast pace. We are now seeing the emergence of digital lenders in the form of neobanks or challenger banks. These companies are not bound by the limitation of traditional banks. While these digital lenders are so far concentrated in China, Europe, US and some parts of Asia, they are gaining prominence in other parts of the world, such as in Kenya. These digital lenders, along with other fintech service providers play an important role in driving financial inclusion.

Amid the Covid-19 pandemic, and the lockdown measures introduced worldwide to curb the spread of the virus, digital financial services are enabling governments to provide quick and secure financial support to the under privileged or the most economically fragile section of the society.

Today, Kenya has the highest rates in sub-Saharan Africa with 82.9 percent of the adult population having access to at least one financial product, an improvement from 26.7 percent in a decade, according to the central bank estimates. In 2019, South Africa’s financial inclusion rate was at 80 percent, Nigeria 63.2 percent and Uganda 58 percent. The rise of mobile money in Kenya has been rightfully credited for numerous advancements in key metrics used to measure economic development. In 2006, formal financial inclusion stood at just 26 percent in Kenya. Mobile money penetration in Kenya is also above 100 percent as many Kenyans hold multiple SIM cards.