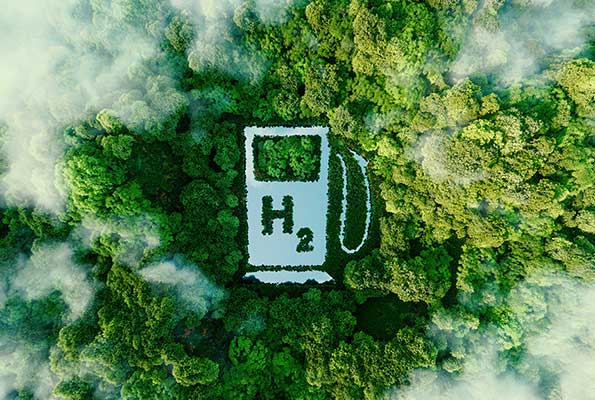 A report by Siemens Energy stated that the Middle East is in pole position to emerge as a dominant player on the global stage in green hydrogen. The report explores how the region is working towards its ambition of becoming a major supplier of sustainable energy to global markets.

Green hydrogen is considered by many as one of the key pillars of the energy transition, with the International Renewable Energy Agency predicting that hydrogen and its derivatives will be able to account for 12% of global energy consumption by 2050.

The UAE and Saudi Arabia already crafted bold plans in order to become the supplier of green energy. The United Arab Emirates aims to capture 25% of the global market for hydrogen, while Saudi Arabia even aims to become the world’s largest supplier. Other countries in the region making notable progress are Oman and Egypt.

As it stands, a total of 46 green hydrogen projects are already underway in the Middle East and Africa. For the period to 2030, more than 40 investments of over $20 billion have so far been announced, as well as many smaller projects.

“The development of green hydrogen is currently driven chiefly by hydrogen developers such as NEOM, ACWA Power, Masdar and OQ. These players are supported by the public sector, which is responsible for enabling factors such as hydrogen valleys, access to technology, clear regulation and the availability of human capital,” Murray Douglas, Head of Hydrogen Research at Wood Mackenzie explains.

In order to turn this initiative into success, middle east countries are putting their foot forward. In January, the UAE’s energy minister said the country aims to capture about 25% of the global hydrogen market.

Work from home vs back to office: The debate continues