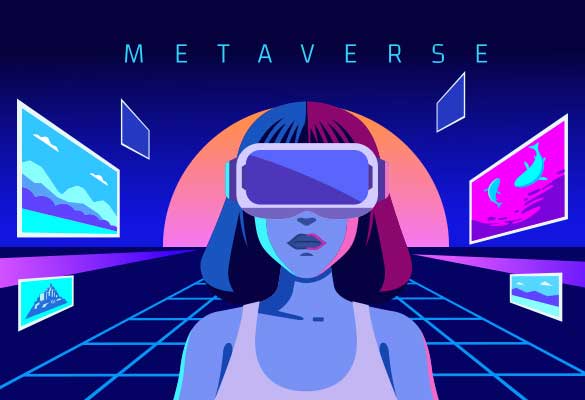 Meta, Microsoft, Epic Games, and 33 other companies have decided to come together for a standards group for “metaverse” tech.

The forum in a press release announced that its main focus will be on “pragmatic, action-based projects”. It will include hackathons as well as prototyping tools so as to support common standards.

They are also interested in developing a “consistent terminology” for the metaverse — in spite of the fact that there are disagreements over what “metaverse” actually is.

Other founding members of the group include pre-metaverse organizations such as the World Wide Web Consortium (W3C), Qualcomm, Nvidia, Sony Interactive Entertainment, and Unity. The newly added company includes Lamina1 which is a blockchain payments startup.

However, the forum is still missing out on big names, one of the biggest exclusion being, Apple which is currently working on AR/VR tech.

Gaming companies, Niantic and Roblox which had made their names by blending into the virtual world were also missing from the list.

Since the first meeting of the group is expected to happen this year, several other members could also be joining in.

The group claimed that industry leaders have stated that the metaverse’s potential will be best realized if it is built on a foundation of open standards.

It further stated that a constellation of transparent connectivity will be necessary to create an open and welcoming metaverse at a widespread scale.

Impact of Russia-Ukraine war on the Middle-East Economy