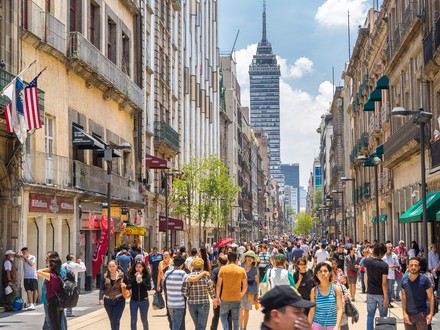 The Mexican tourism sector has been walloped by the pandemic. The period between April and June recorded the largest slump in the tourism sector in history. It is reported that the tourism Gross Domestic Product (GDP) slumped 43 percent during the three months.

The industry also recorded a slump in the fourth quarter. The production of tourism goods such as clothing and handicrafts recorded a 46 percent slump which marked a negative result for the third consecutive quarter.

The Center for Tourism Research and Competitiveness (Cicotur) Anahuac, told the media, “Tourism will be the economic activity that will suffer most from the consequences of the pandemic, due to restrictions on mobility to contain the virus, and by the reduction of available income and spending of families and businesses in the face of the global recession.”

Head of the Ministry of Tourism Miguel Torruco said that the tourism sector will record its worst performance since the second world war. It is reported that seven out of ten business people believe tourism in Mexico will recover by 2022 or after.