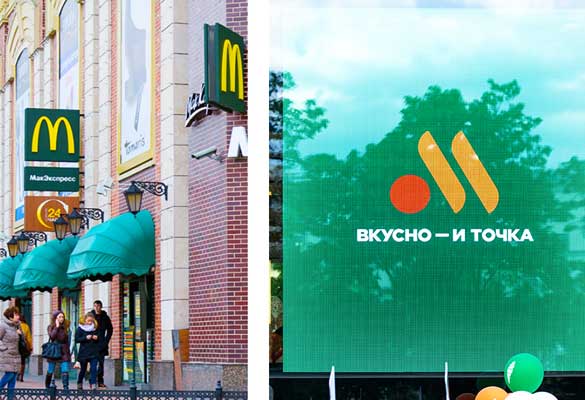 Former McDonald’s restaurants in Moscow have reopened under the name Vkusno & tochka (“Tasty and that’s it”), in a makeover aimed to reassure Russians that they can maintain western lifestyles even if Big Macs are no longer on the menu.

Due to Russia’s invasion of Ukraine, McDonald’s announced its pullout from the Russian market in May, claiming it would sell its 850 outlets.

As a result of sanctions and severe shortages in some sectors, it has joined an exodus of western companies from the Russian market.

The first 15 locations of a new Russian fast-food business that purchased McDonald’s, opened in Moscow’s Pushkin Square on Sunday. Vkusno & Tochka intends to reopen all 850 locations at some point in the future.

According to the chief executive of Vkusno & tochka, Oleg Paroev, the company’s goal is for the guests to notice no difference in quality or atmosphere.

The business provided old packets of McDonald’s hot mustard sauce that had been scribbled over to remove all traces of the fast-food franchise.

Even as the Kremlin has criticized the West’s impact, the new name appealed to the nostalgia of many Russians who have grown accustomed to western goods and brands. The new restaurant’s slogan stated, “The name changes, but the affection remains.” “The same smiles,” claimed a slogan embroidered on the employees’ clothes.

France declares new sanctions on Russia, weighing down the euro