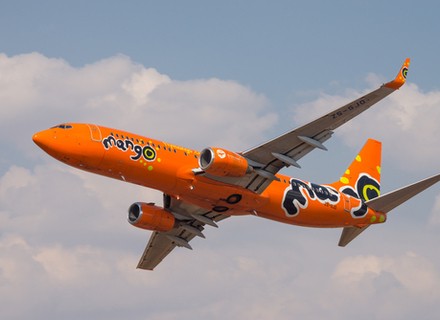 South Africa-based Mango Airlines is expected to receive $59.5 million in financial relief later this week, according to the media. The South African Parliament is expected to process the bill that will release the funds to the carrier.

Pravin Gordhan, Public Enterprises Minister, briefed the Parliamentary Portfolio Committee on Public Enterprises earlier this week and said that as Mango Airlines’ subsidiaries were not in business rescue, funding for its recapitalisation was not a part of the parent company’s business rescue plan. This left the airlines in a dire financial strait.

Gordhan plans to divert $196 million of $764.6 million allocated for SAA’s business rescue to its subsidiaries, including Mango, SAA Technical (SAAT) and Air Chefs. This issue has raised disputes regarding South Africa’s Companies Act by lobby group OUTA, with the shareholder arguing the amount was always included in the approved budget for SAA. Thus SAAT will be getting $116.5 million, Mango $59.5 million and Air Chefs $15.8 million.

It is well known that Mango has been struggling as most of its aircraft were grounded due to technical issues and the inability to pay its critical vendors. This meant that the airline was at constant risk of being grounded due to deferred payments, according to the Department of Public Enterprises (DPE). Most of the airlines’ flights remain cancelled, with very few flights scheduled for booking.

Mango’s market share has declined to 14 percent since February 2020. The less income and more significant cash outflows have made some payments deferred to meet critical ones. The needed fund will eventually be used to pay off the accumulated debt instead of positioning the airline for the future.