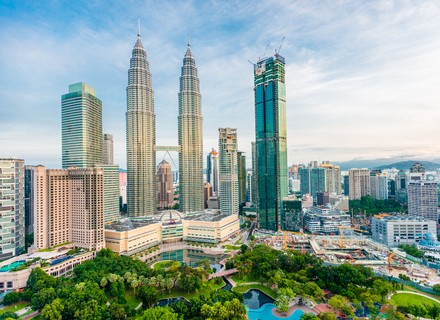 Malaysia recorded a 5.6 percent GDP slump in 2020 after its economy contracted 3.4 percent in Q4, resulting in a third consecutive contraction. The results are worse than initially projected by the analysts. The information is produced by the country’s central bank.

It is reported that the downturn is Malaysia’s worst record since 1998 when its economy contracted 7.4 percent due to the Asian financial crisis. The country’s GDP surged 4.3 percent in 2019, growing 3.6 percent in Q4.

The Q2 2020, was the worst for the country as the economy plunged 17.1 percent due to strict Covid-19 restrictions. The economy slumped 2.7 percent in Q3 as restrictions were relaxed. However, the country entered into recession after the resurgence of the infection.

All economic segments apart from the manufacturing sector recorded a slump in Q4 due to subdued private consumption and poor public investment. However, the government hopes that the economy rebounds this year despite fresh lockdowns imposed to curb the spread of the virus.

Gov. Nor Shamsiah Yunus, told the media, “We expect the Malaysian economy to recover in 2021 given the improvement in global demand, with the rollout of vaccines boosting consumer and business sentiments. The imposition of the movement control order since January will weigh on growth. The effects would be “less severe” than the impact of the initial lockdown last year.”

The country is under a state of emergency from the past seven months to weather the pandemic’s impact. The government is trying its best to bring positivity in the economy.

Meta description: Malaysia recorded a 5.6 percent GDP slump in 2020 after its economy contracted 3.4 percent in Q4, resulting in a third consecutive contraction.

Beike to raise $2 billion for its US IPO debut