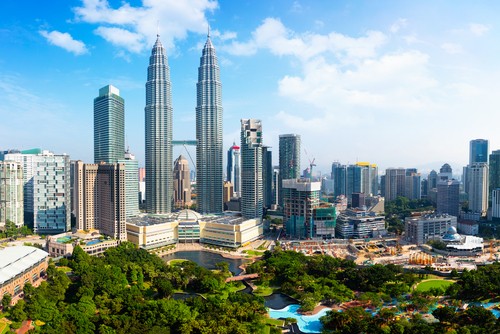 Malaysia’s economy is expected to slow down this year as GDP growth is faltering against the expectations of analyst. The GDP growth this year is dipping to 10 percent, down from 11.5 percent predicted earlier. The reports are produced by the research unit of Fitch, Fitch Solutions and have cited ‘muted private consumption’.

Fitch Solutions, told the media, “Employment and wages are likely to once again come under intense pressure, this time with even less scope for fiscal support, given that government finances are already strained and close to the raised debt limit of 60% of GDP. A decline in GDP growth will further negatively impact the number of available funds needed to strengthen Malaysia’s healthcare system. Prime Minister Tan Sri Muhyiddin Yassin already warned on Jan 11 that the country’s healthcare system was at a breaking point. The number of active Covid-19 cases had risen from 28,554 to 48,150 as of January 31. The surge in Covid-19 cases will paralyse Malaysia’s healthcare system.”

According to the report, the Malaysian government has embarked to integrate its private and public healthcare systems to tackle the problems due to the outbreak of the pandemic.  Fitech Solutions and Fitch ratings operates under Fitech. However, Fitech solutions research is totally different from the assessments produced by Fitch Ratings for a country.

Fitch Ratings downgraded Malaysia’s credit rating from “A-” to “BBB+” in December last year, making it harder for Malaysia to borrow. The global pandemic has walloped global economies and has pushed many of them to enter recession