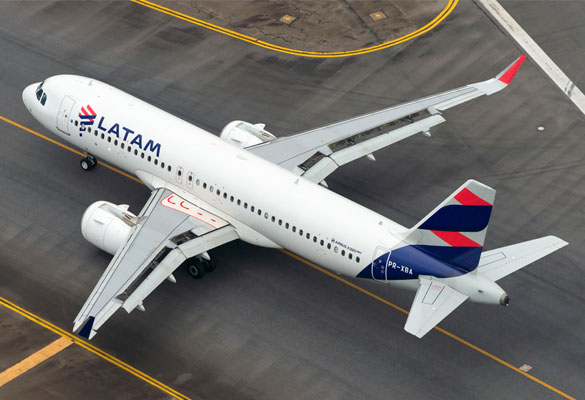 LATAM Brazil recently announced that the airline has recovered 95 percent of its pre-pandemic domestic capacity, and also announced that LATAM is working as many as 583 day-by-day home flights in 49 Brazilian airports, according to media reports. This way, the airline is also increasing the level of connectivity it had reached in 2019. For the last three months, LATAM Brazil announced that it has managed to dominate the domestic market, going by the statistics provided by the Civil Aviation National Agency.

In December, LATAM Brazil launched two new operations in Jericoacoara and Vitória da Conquista and by next year, the carrier will launch flights from Bauru, and it is also eyeing operations from Juiz de Fora, Cascavel, Caxias do Sul, Presidente Prudente, and Sinop.

Even though domestically the airline has done very well, but the road to international recovery has not been so smooth. To cope with the losses, the airline is offering 49 percent of its pre-pandemic seat offer. The airline has also re-established its flights to Orlando, Milan, and London from Sao Paulo. In January 2022, it will reestablish its flight to Punta del Este, Uruguay.

The aviation recovery throughout South America has varied wildly throughout 2021, primarily due to travel restrictions. Places like Colombia are already back to 2019 levels and growing, but Chile is still suffering from setbacks. The carrier plans to operate around 1,212 daily domestic and international flights during December and also plans on reaching 129 destinations in 18 countries.

JP Morgan and Nuveen acquire One George Street for SG$1.28bn