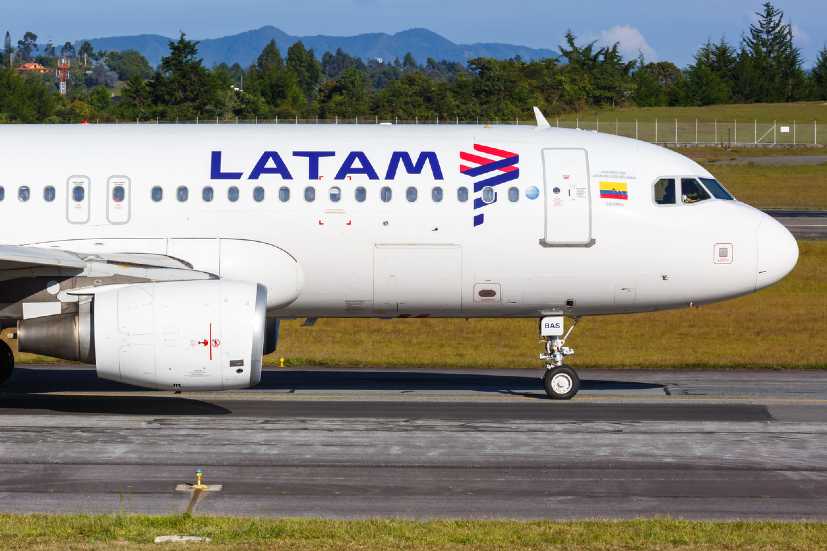 Chile-based Latin America’s largest carrier Latam Airlines announced that it would suspend additional flights in order to curb the spread of the novel coronavirus.

Last week, the airline announced that it would cut its international and domestic operations by 90 percent and 40 percent respectively.

To deal with the coronavirus crisis, Latam Airlines said that the only routes that it would continue to operate with limited frequency would be between Chilean capital Santiago and São Paulo in Brazil, and some routes between those cities and Miami, New York and Los Angeles.

Latam Airlines also revealed earlier this month that it would halve the salaries of its 43,000 employees as the global aviation industry has come to a standstill due to the coronavirus pandemic, which originated in the Chinese city of Wuhan last year.

The airline said that affected passengers will be able to reschedule their trips up until the end of the year at no extra cost and that the value of tickets would be automatically held as a credit for future journeys.

Other carriers in the region too have reported flight cancellations and suspension due to the coronavirus pandemic.

Panama-based Copa Airlines recently revealed that a complete, temporary shutdown of its operations was possible by April. In Brazil, carriers have reported that international travel demand has tumbled as much as 85 percent.

Reportedly, Gol Linhas Aereas Inteligentes, one of Latin America’s largest carrier, has seen international travel demand reduced by 85 percent in the second half of March. Domestic travel too has drastically fallen by 50 percent.