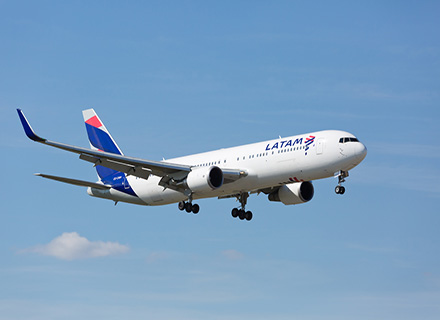 In May 2020, South America’s biggest airlines filed for bankruptcy protection after the sector was hit hard because of the restrictions imposed due to the Covid-19 pandemic.

LATAM Airlines’ CEO Roberto Alvo also mentioned that travel restrictions created a cash crunch at the airline, hence LATAM has no option but to file for bankruptcy protection as it is already dealing with increasing debts and depleting finances. As a part of the bankruptcy protection process, the airlines were supposed to present its restructuring plan to the Federal Court by June 30, but the Chile-based airline mentioned they might seek an extension earlier the last month.

A LATAM spokesperson told the media, “The extension request is a common alternative contemplated within the process and does not modify the intention of the LATAM group to exit Chapter 11 by the end of this year.” While the court extension on Monday has confirmed this news, the airline is sanguine that they will safely emerge from the bankruptcy process.

In June, LATAM flew around 691 daily domestic and international flights, connecting 114 destinations across 14 countries. The airline still remains to be one of the most significant and important airline operators in Brazil, Chile, Colombia, Ecuador, and Peru. However, the airline is exiting the Argentinian market.