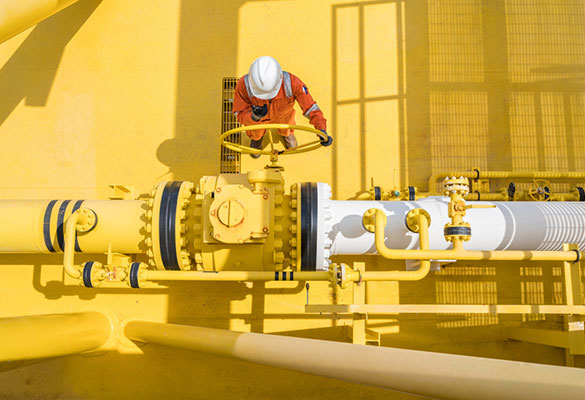 Kuwait has decided to scrap two Jurassic gas projects in the Northern oil-rich areas worth around $2 billion due to Covid-19 related policy in order to cut down on capital expenditure in the hydrocarbon industry, according to media reports. The Kuwait Oil Company (KOC), which is owned by the government, manages the upstream oil sector and has decided to let go of the two Jurassic 6 and 7 projects for the construction of processing facilities which has a capacity of 300 million cubic feet per day.

The report also mentioned that KOC decided to cancel these projects as a part of “spending rationalisation plans and opt instead for expansion of the existing facilities.” Prior to the cancellation of both the projects, Jurassic gas projects would have enabled KOC to reach a targeted free gas output capacity of 950 million cubic feet per day.

When the project was on the floor, KOC received bids from a Chinese firm and a local firm with a combined value of $980 million which were to be used to build facilities for Jurassic gas to lift production to more than one billion cubic feet per day. According to media reports, one of the reliable sources also quoted that China’s Jereh Oil &Gas Engineering submitted the lowest bid of $490.6 million for package 1 of the project. Spetco International Petroleum Company of Kuwait submitted a bid of $489.4 million for package 2.

The report also mentioned that the Kuwaiti Gas and Oilfield Services Company submitted the second-lowest bid of $529.2 million for package 1 while Alkhorayef Group, submitted another bid of $549.1 million.

Emirates Airlines expected to return to full capacity by mid-2022