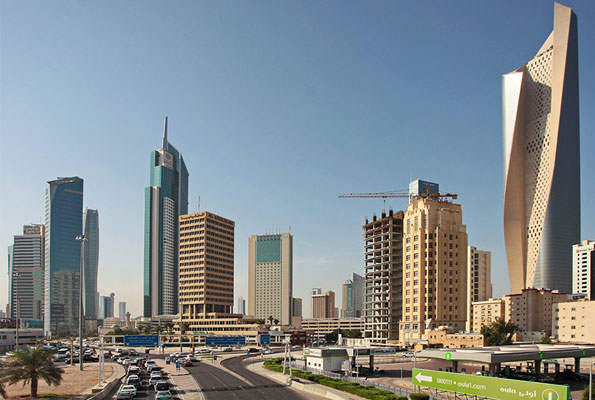 Despite political unrest and inflationary pressures, the Kuwaiti banking industry is rebounding, and the Kuwait Finance House’s (KFH) approval of the acquisition of Ahli United Bank – Bahrain late last July is one sign that banks are looking to expand by any means possible, including acquisitions, following the COVID-19 crisis-induced recession, according to Al-Rai daily, citing MEED magazine.

According to the magazine report, net bank profits increased for the second consecutive quarter in 2022, increasing by about 3.4% on a quarterly basis to reach USD 1.7 billion. The magazine noted that the increase in profits was widespread, as seven out of the nine banks recorded the highest profits during the previous quarter.

The profit improvement is due to an increase in overall bank revenues of 2.7% during the quarter to USD 2.4 billion, according to Junaid Ansari, head of investment strategy and research at Kamco Invest. An increase in both interest and non-interest income drove revenue growth.

Despite the risks associated with Kuwaiti banks’ extensive exposure to the real estate market, including the possibility of a double-digit decline in real estate values in 2022, there are plenty of provisions in place as well as sufficient capital.

As customer deposits accounted for more than two-thirds of all obligations as of December 2021, Moody’s believes that banks will continue to be financed by deposits, primarily through low-cost deposits. This indicates that non-performing loans in Kuwaiti banks were at 1.6 % in 2021, lower than its level in 2020, which amounted to 2.2%, and that the country’s loan repayment deferral programmes in 2021 ended without having a material impact on the quality of bank loans.

Although Kuwait emerged in the face of this trend, all Gulf banks—aside from Kuwaiti banks—showed a considerable drop in the levels of provisions during the first quarter of this year compared to the prior year. However, according to Junaid Ansari, this should not be a cause for excessive worry.

“We noticed that provisioning in the GCC was just a matter of timing and was largely standard across countries in the region. Reserved provisions from Kuwaiti banks remained stable during the first quarter of 2022, but declined sharply in the second quarter of the year,” Junaid Ansari said.

The relatively low rate of return on equity in recent months raised concerns, according to MEED, that Kuwaiti banks’ profit margins might be lower than those of their Gulf Cooperation Council counterparts. MEED attributed this to Kuwaiti banks’ low loan-to-deposit ratio of about 75%, which is lower than the average of nearly 80% for Gulf banks.

MEED noted that Kuwait’s cost-to-income ratio, which was particularly high at 44.2% compared to the average of 39.7% for Gulf banks, was a factor in the drop in profitability. The National Bank of Kuwait, the nation’s largest bank in terms of assets, announced a 58.6% increase in its net profit for the second quarter compared to the same period last year, which was USD 395.3 million. However, the magazine confirmed that the nation’s largest banks by assets showed a strong performance in net income this year. Junaid Ansari emphasised that there are specific areas, including handling defaulted loans, where Kuwaiti banks outperform their Gulf state competitors.

“Kuwaiti banks have a cleaner loan portfolio on their books, and non-performing loans are at 1.6 percent compared to an average of 4 percent for Gulf banks, and this can be attributed to the conservative approach to lending by banks in the country. The lending capacity of local banks remains strong with a strong balance sheet, with total assets of $326.8 billion at the end of the first quarter of 2022,” Junaid Ansari added.

MEED pointed out that the normal tangible equity of the Kuwaiti banking system amounted to around 13% of the weighted assets and praised the Central Bank of Kuwait for its stringent application of Basel III capital regulations, which assisted banks in building substantial capital reserves danger at the conclusion of 2021. The solvency of Kuwaiti banks, according to Moody’s, was supported by strong reserves, which as of December 2021 represented 270% of non-performing loans.

Will energy prices in European countries further go up?