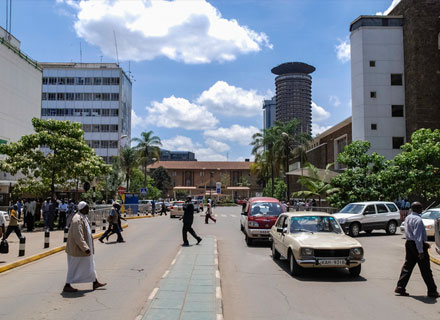 The pandemic has forcibly reduced their income by 52.9 percent, in addition to temporary loss of jobs at 22.4 percent

In light of the current circumstances, nearly 30.5 percent of Kenyan households were unable to pay their rents in May within the stipulated deadline, according to a report published by Kenya National Bureau of Statistics (KNBS).

The pandemic has forcibly reduced their income by 52.9 percent, in addition to temporary loss of jobs at 22.4 percent, media reports said.

The KNBS report pointed out that 43.2 percent of the country’s active labour force is unable to contribute to economic activities because of the pandemic. That percentage of labour force is not working and only 9 percent have them have received waiver or relief.

It is apparent that Kenya and the rest of the world will suffer a loss until the Covid-19 pandemic is brought under control. Even landlords are facing similar challenges, especially in terms of finding new tenants to pay mortgages and bills.

For that reason, Landlords in the country are expected to be flexible with rentals. They have been suggested to provide 50 percent discount on their rentals until the crisis is resolved, media reports said.

Housing is one of Kenya’s fast-growing sectors. But the ongoing crisis is adversely affecting the sector in many ways. HassConsult in its  quarterly property pricing index observed that the rents in the country has dropped 0.7 percent in the first quarter of the year. This is in comparison to 8.7 percent growth in the same period last year.