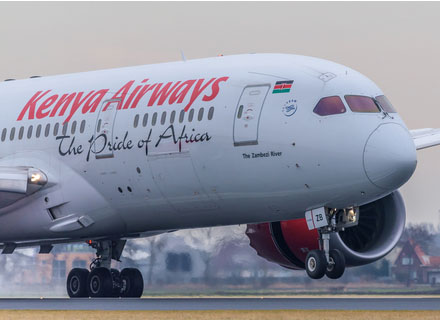 Kenya Airways recently announced to the media that it will suspend flights to the UK from April 9, 2021. The announcement was made after the UK announced Kenya to the “red list” of countries and barred travellers from flying and in need of a hotel to quarantine. The airline plans for extra services in the next three days because of the increased traffic due to the ban.

The reduction is eventually expected to affect the travellers in the future. As per the UK’s travel ban, British and Irish citizens along with people holding residence rights will be allowed to travel to the UK after April 9, 2021.

The passengers that meet the required criteria will need to stay in a government-approved quarantine hotel for ten days. Once they return two negative Covid-19 results, they are approved to leave. Failing to complete the same or violations is expected to lead to imprisonment.

The Kenyan government has criticised the UK for implementing the travel ban and had also accused it of lack of communication. The decision however will make it more inconvenient for Kenyan citizens and the few passengers that travel to the UK. This step of Kenya Airways though recently reported a massive loss will be a major hit on the company itself. It reported a loss of $330 million for 2020 and is also locked in a dispute with its pilots over wage cuts and withholding pay.

The price of direct flights to the UK has already surged after the announcement of the ban. A one-way ticket from Nairobi to London Heathrow is currently $4,300 and available only in the business class. Though the connecting flights are cheaper, it is also expected to rise shortly.

OPEC and partners mulls cutting production for the next three months